Francesco de Comité is an Associate Professor in Computer Science at the University of Lille (France). He has a degree in Maths and a PhD in Computer Science, and his research focuses on the representation of mathematical concepts in real life with renders, 3D prints or ‘physical objects’.

He started working in this field nearly 10 years ago, first by making 2D renders of math objects. But after these first attempts, he realised the need to go further with his research. 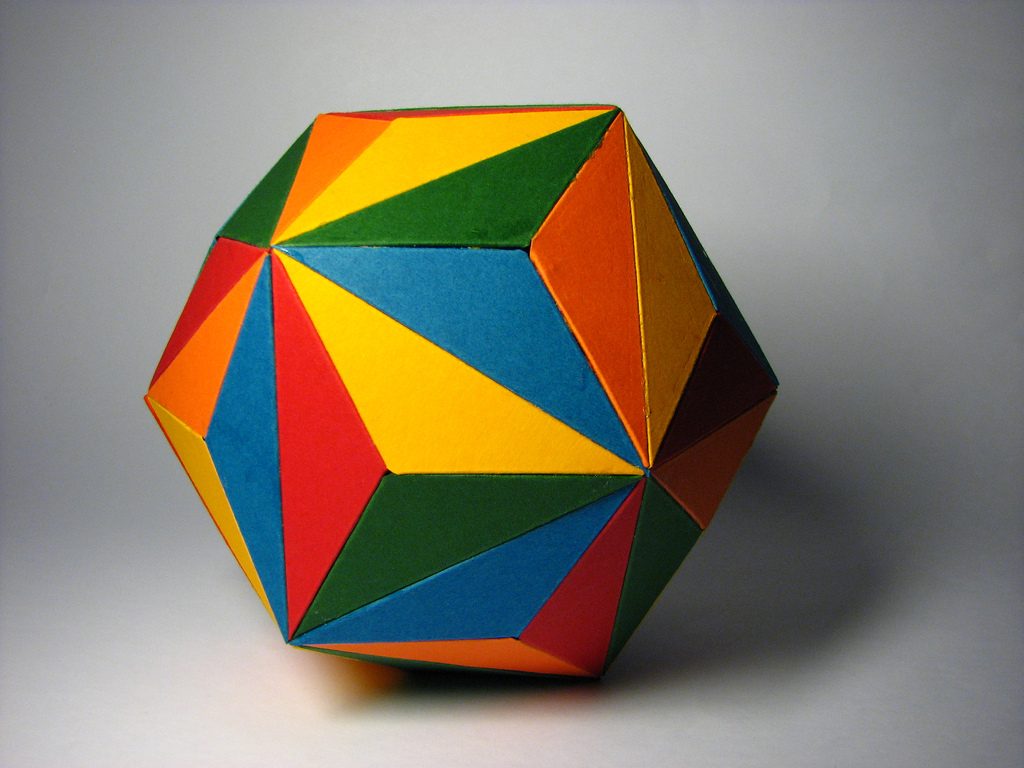 “If you want to understand a mathematical object by means of 2D views, you have to produce a lot of 2D renders or an animation.”

Then I began to look at the possibilities brought by 3D printing. Handling a 3D object allows you to see all its aspects at the same time,” Francesco explains about his first experiences with 3D printing.

His 3D printing often begins with a programming challenge. “In general, I want to make mathematics tangible, by letting people manipulate the objects. 3D printing is often the only tool to build very difficult or nearly impossible objects.” 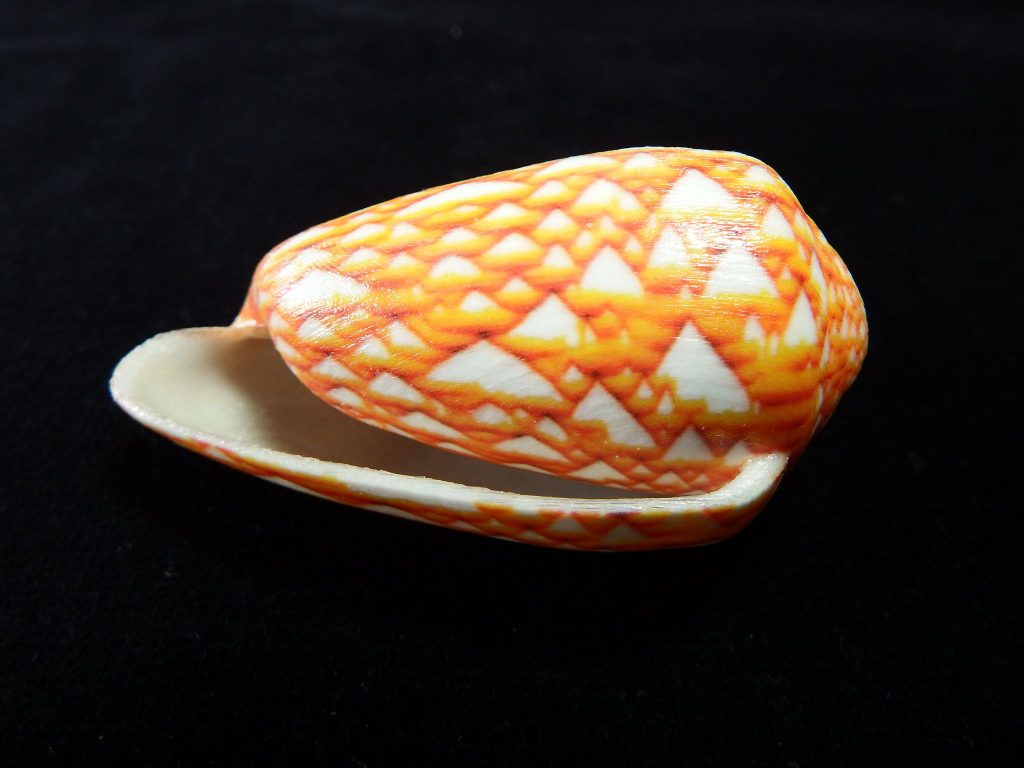 “In general, I want to make mathematics tangible, by letting people manipulate the objects. 3D printing is often the only tool to build very difficult or nearly impossible objects.”

The beauty of mathematics

All Francesco’s objects are the result of procedural work: they are all programmed at a very low level, using Python within Blender or Grasshopper and C++ within Rhino. 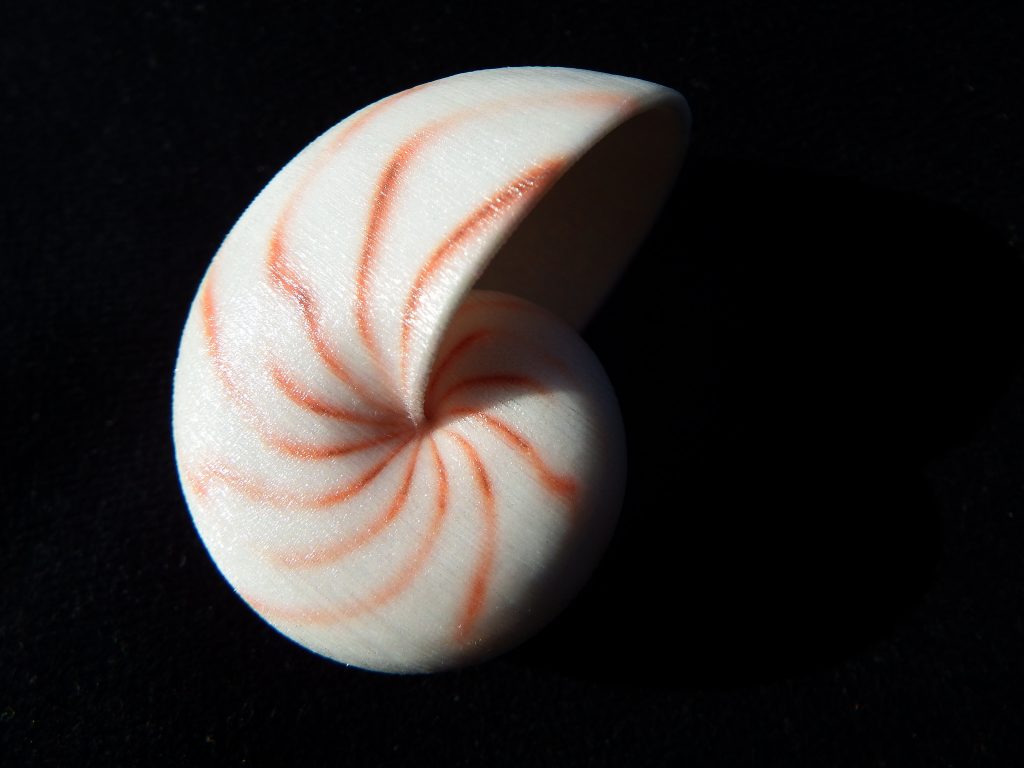 Mathematics, art and 3D prinitng in a shell

The programming part of the job is the more important phase because here is where the mathematical concepts are coded, tested and improved. The result of his work is always a beautiful piece of art: “Art is just a by-product, the beauty comes from the maths behind”, explains De Comité.

“Art is just a by-product, the beauty comes from the maths behind”

A century ago, D’Arcy Thompson, the pioneer of mathematical biology, described how the shape of a seashell is the result of a closed curve rotating in a spiral around an axis, while growing in size.

Thirty years ago, Hans Meinhardt also showed in his book, ‘The Algorithmic Beauty of Seashells’, how the patterns decorating seashells can be described with simple differential equations, as Alan Turing did previously from a more general scope. 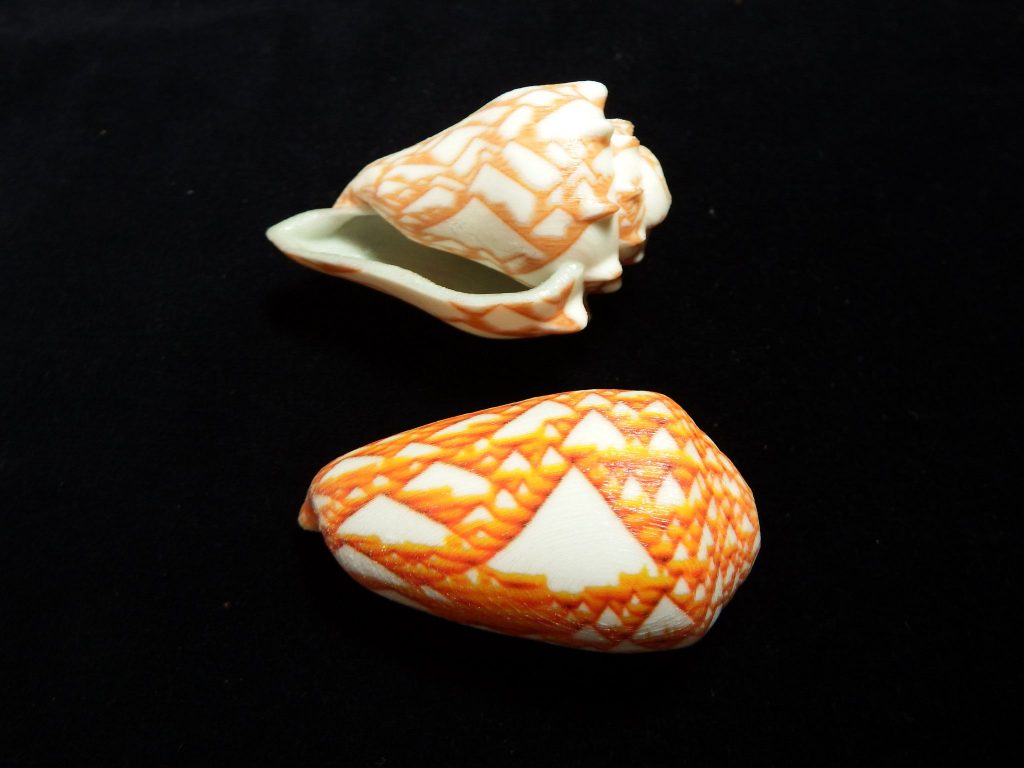 None of them had 3D printing tools available during their time but De Comité does: “I was feeling that I could now gather both approaches in a synthetic work, and write programs for 3D-printed decorated seashells. I also wanted to write a single program that could represent all, or at least a large part, of the existing seashells. The task is quite successful now, even if I still need to acquire some practice.”

Multicolor+ was a great discovery for Francesco and his 3D-printed shells. Other full-color 3D printers on the market make models which are bigger and heavier than normal shells, especially because they require a minimum wall thickness of 3mm, which is far thicker than real seashells. 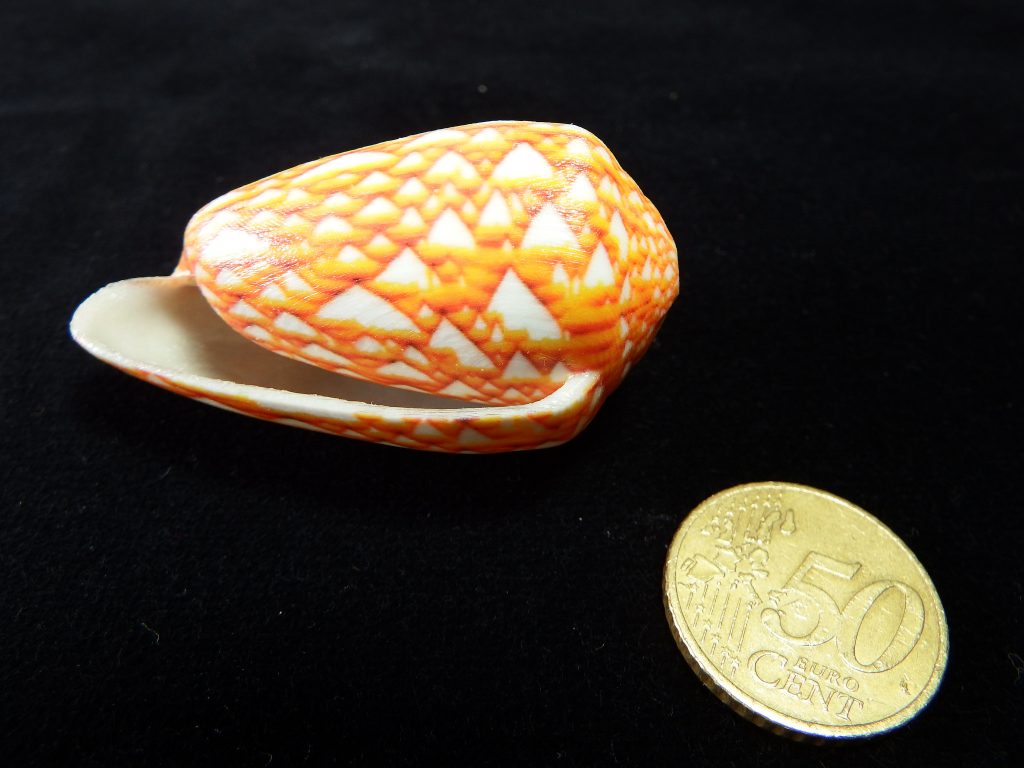 With Multicolor+ is possible to print thinnest walls and detailed designs

“Since Multicolor+ only asks for 1mm wall thickness, I can design a model three times smaller and 27 times less heavy. Much closer to the size of real seashells!” specifies De Comité.

He recommends respecting the wall thickness as the main trick to get the perfect Multicolor+ 3D print.

Since Multicolor+ only asks for 1mm wall thickness, I can design a model three times smaller and 27 times less heavy

Apart from the shells, he has also designed and printed other mathematical figures such as anamorphoses and cardioidal variations. 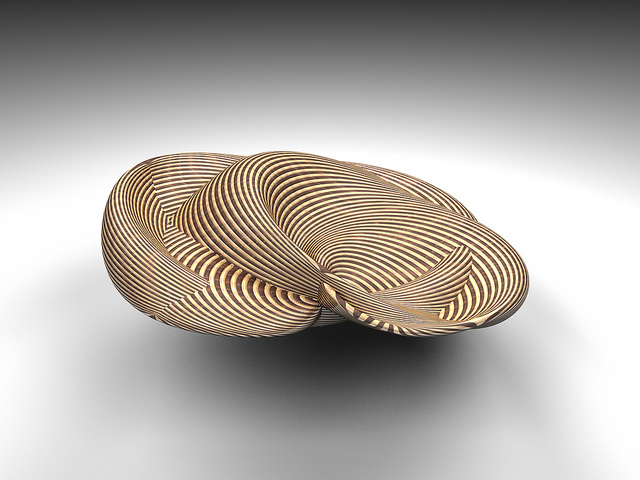 Keep an eye on Francecso De Comite’s work with shells because he is improving his designs and even working on the Murex shell’s complex spikes.

Are you impressed by Francesco’s mathematical figures in Multicolor+? You can also get the perfect 3D print in full color by following these tips and tricks.

Once your designs are ready you just have to upload them to our online 3D printing platform and get an instant quote for your prints.

If you are not such an advanced designer, you can start step by step with this 3D design tutorial for beginners. 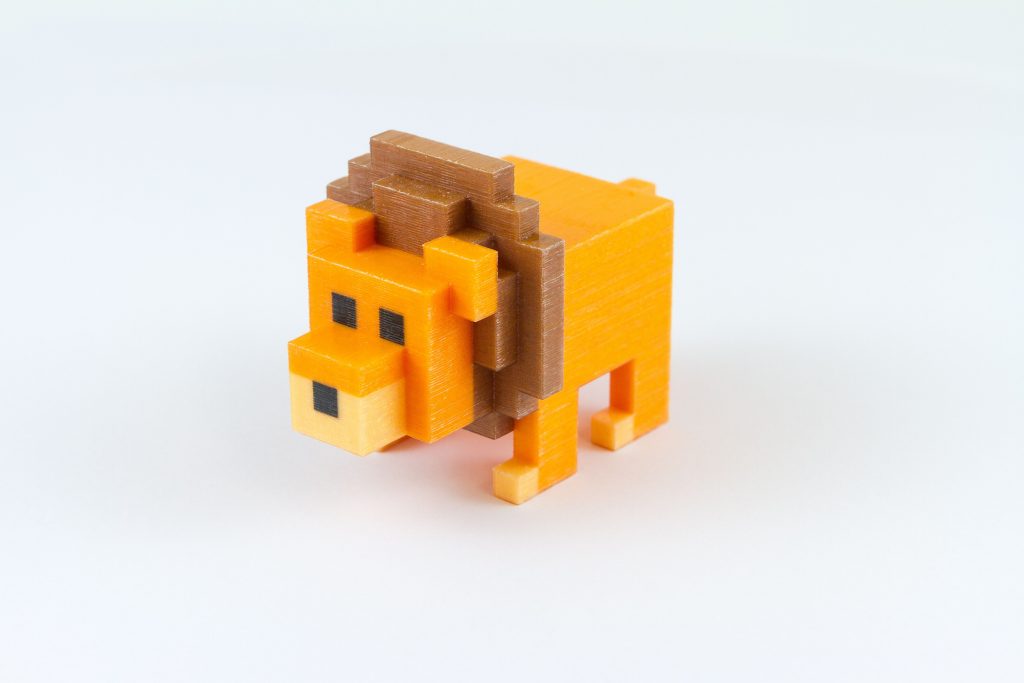 Mathematical figures and shells are not the only thing you can 3D print with Multicolor+. Discover all the possibilities of this brand new technology!