Heptaclaw is a 7-fold-symmetry variation to the Penta Mystery puzzle, which has five-fold symmetry. The puzzle has been colored to show two seven-fingered “claw” shapes: one black and one colorfull. One can reorient the direction of the black “claw” in two moves. This illustrates how the axes of this puzzle can reorient in space. The puzzle is simple deep cut, and it uses dovetail rails to hold together.

The puzzle features 16 (sixteen, 2x (7+1)) functional heptagons. This must be the largest number of heptagons in any twisty puzzle.

A bonus feature is that the cut tilt has been choosen such that an eighth deep cut appears at the puzzle’s equator. This is impossible with the five-fold-variation Penta Mystery, whereas the same feature with the three-fold-symmetry variation (Rocket Twist) would have resulted into in Minimal Twist, with the (now) ordinary Skewb or Pyraminx (see Almost-a-Pyraminx) geometry. 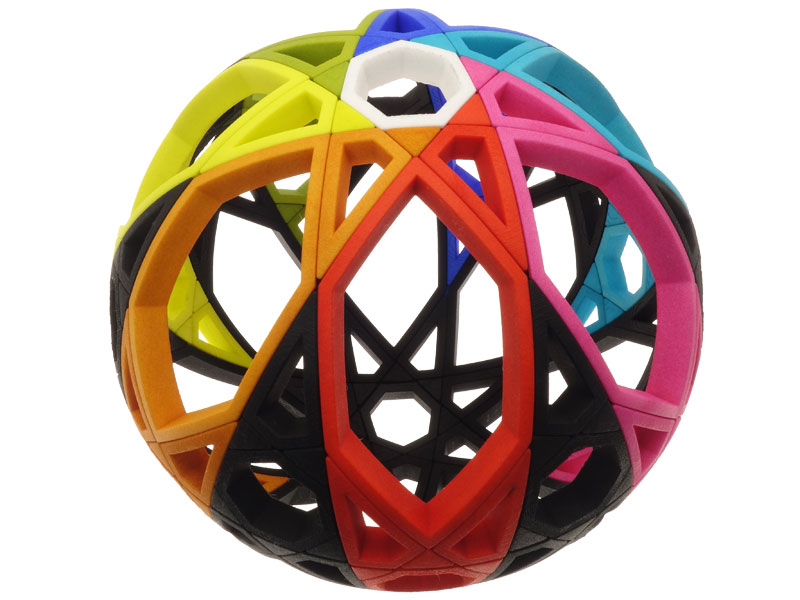 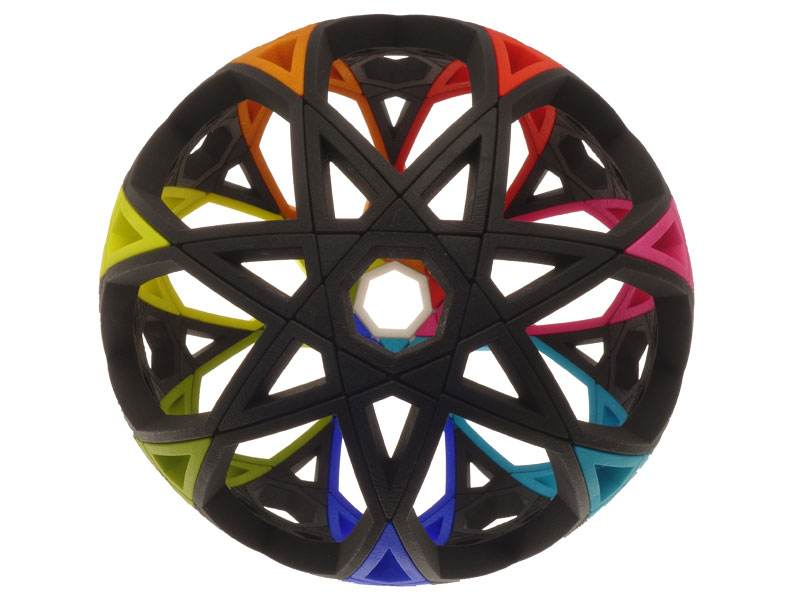 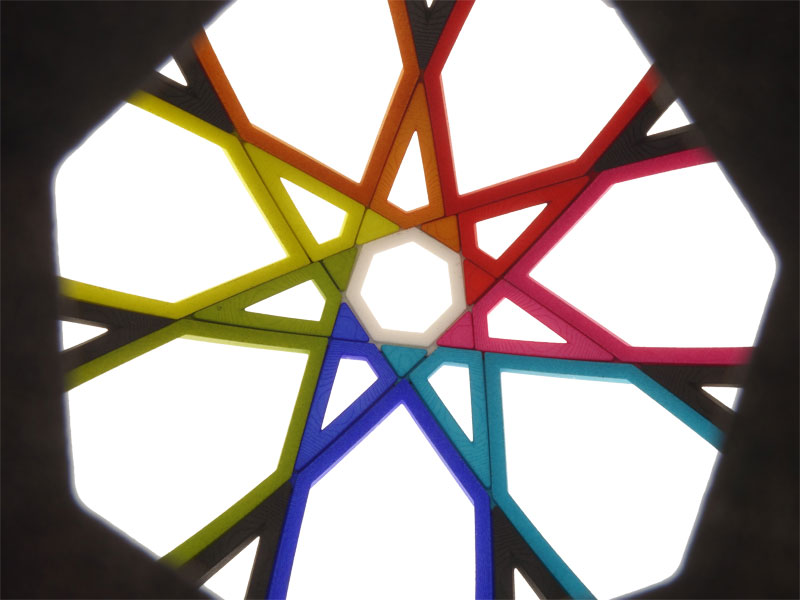 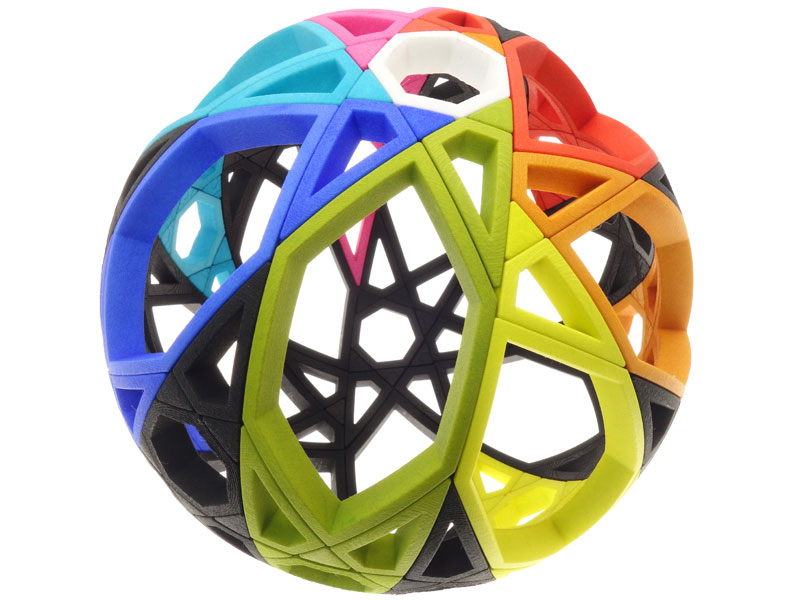 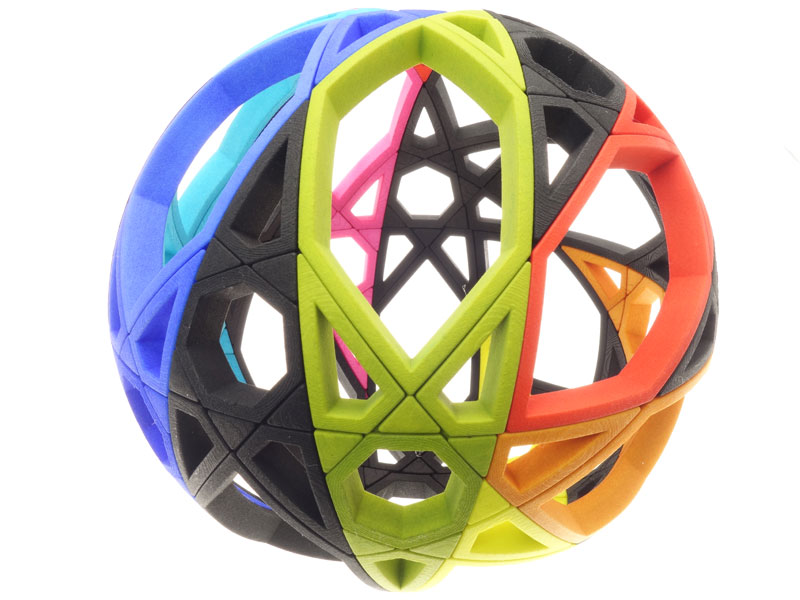 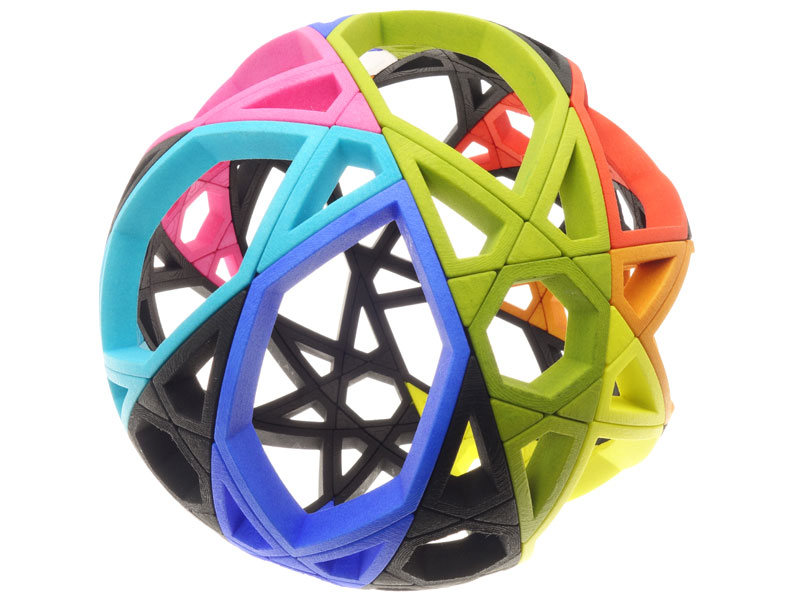 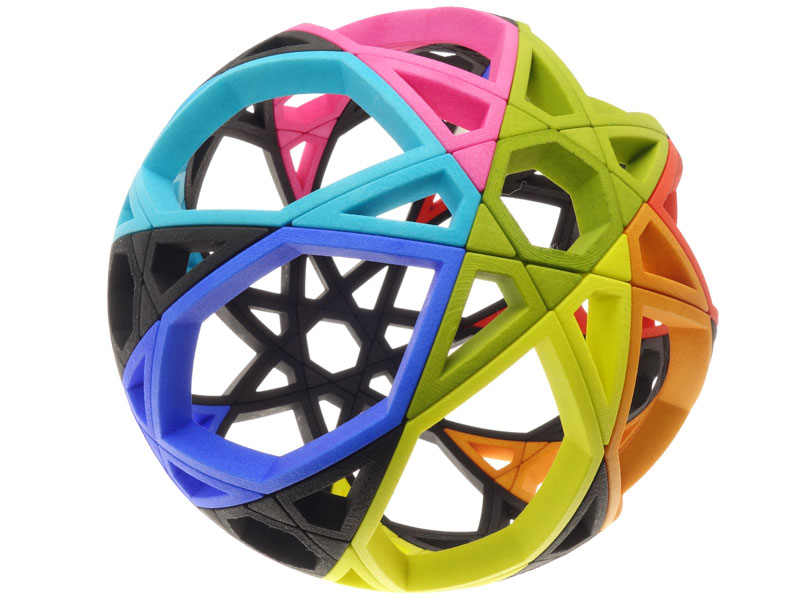 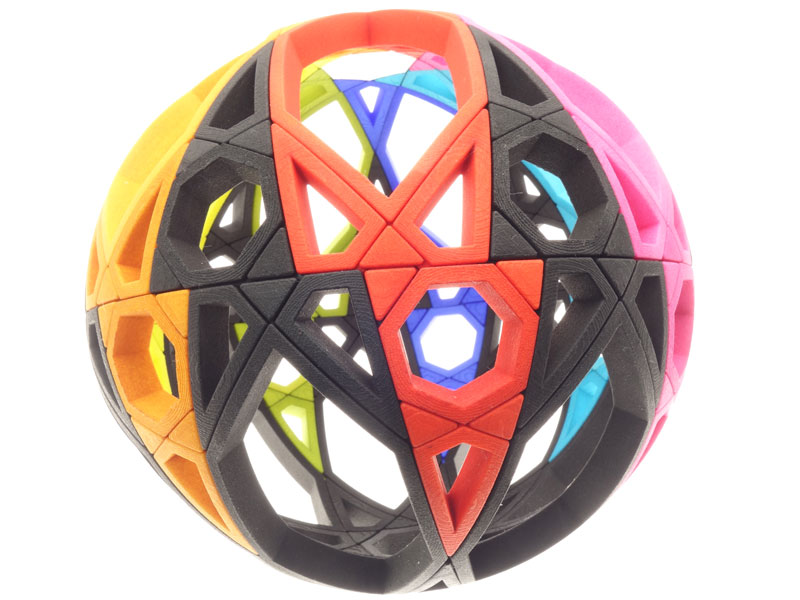 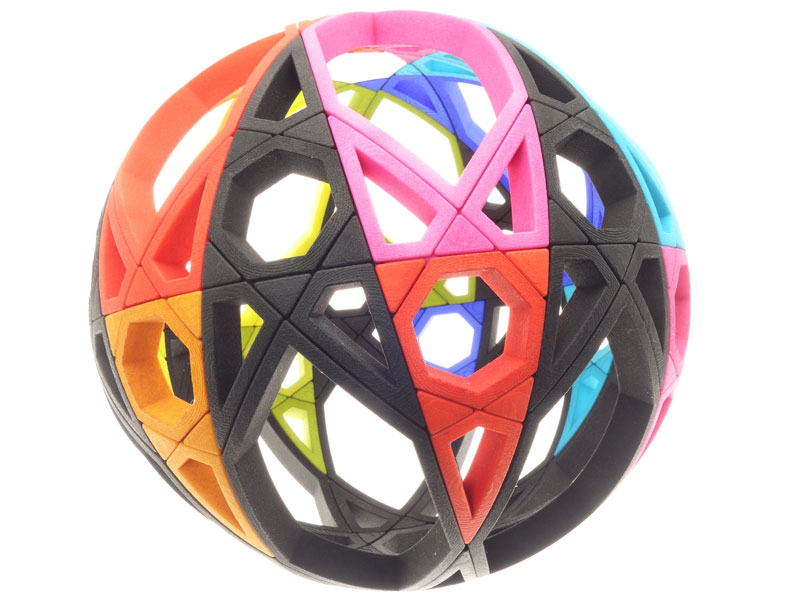