Oops...Seems your browser is blocking cookies. Please adjust your settings to accept cookies.
30 years of Materialise! Get 10% off of all Metal and Precious Metal prints until October 31 with code 30Y_Metal! Order now! >>
English
English Deutsch Français
Sign In
... Empty cart
Added to your cart 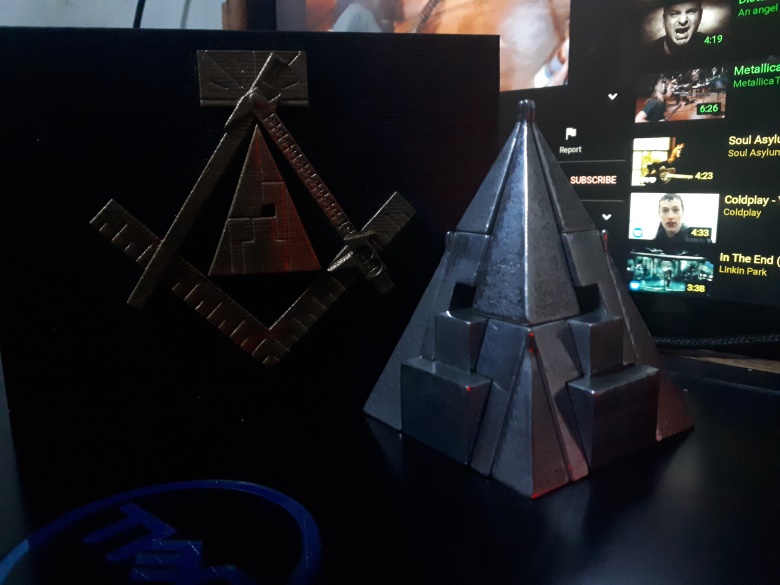 The 4th dimension (time) is represented by the void that can be created. In the closed formation the pyramid is solid without void. In the open formation, without changing hight, width or lenght, the pyramid reveals a viod (eye) that is visible on all 4 sides (in all directions). When open the void gives the illusion that something can be created from nothing.

13 units tall, 10 units wide at the base, 24 cubic unit void (eye) when open. The pyramid with it's 13 pieces, was crafted originally by hand in aluminun which contains 13 protons in the atom. There are 2 steps to the eye of the pyramid. The first being the largest (most difficult). Each piece of the pyramid as well as it's assembly can be used to discribe any number of metaphor. e.g. the first step is toward enlightenment is often the most difficult.

Creator of the 4D Pyramid