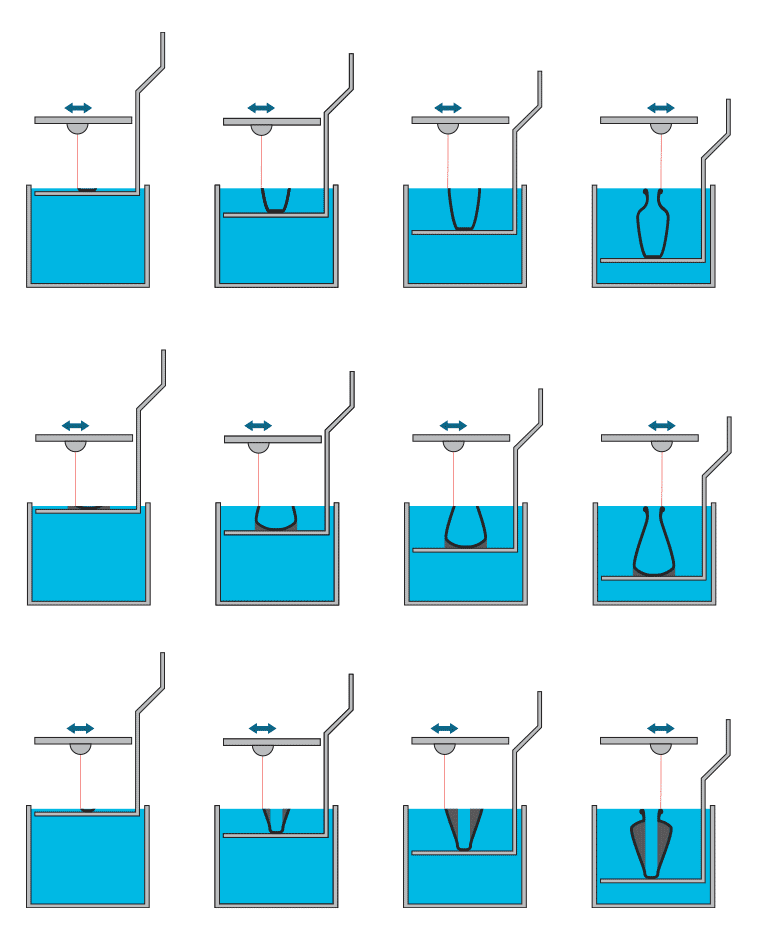 The process takes place in a large tank and begins when a layer of liquid polymer is spread over a platform. This machine then uses a computer controlled laser to draw the first layer onto the surface of a liquid polymer, which hardens where struck by the laser. The model is then lowered and the next layer is then drawn directly on top of the previous one. This is repeated until the model is finished. In this way, layer by layer, an object is “drawn” in the liquid by the beam, with the layers being consolidated throughout the process.

Schematics of the three systems studied by Hideo Kodama

Fried Vancraen (our CEO) in the old days

Materialise Mammoth Stereolithography - Photo Credit © Flanders Investment & Trade (FIT)
The latest in 3D printing, delivered to your inbox. Subscribe to our newsletter!
The personal data that you provide us will only be used to process your registration in accordance with our Privacy Policy. You can unsubscribe at any time via a link in our newsletter email or by contacting us.
Thanks for subscribing to our newsletter!
We’ll round up the most relevant updates, news, and deals for you, so keep an eye on your inbox.
3D Printing
Business
Support
Shop
Community
Get Social with Us