The city hall of Antwerp is one of the city’s architectural crown jewels. Dating back from the 16th century, it hadn’t undergone significant restoration for the last 60 years, and the grand old building was starting to show signs of its age. The municipality of Antwerp has set an ambitious restoration project in motion, which was explained and displayed at Paviljoen Antwerpen Morgen. Held at MAS, the exhibition covered the biggest urban development projects the city has planned for the future. And at center stage was a giant 3D-printed model of the renovated city hall! 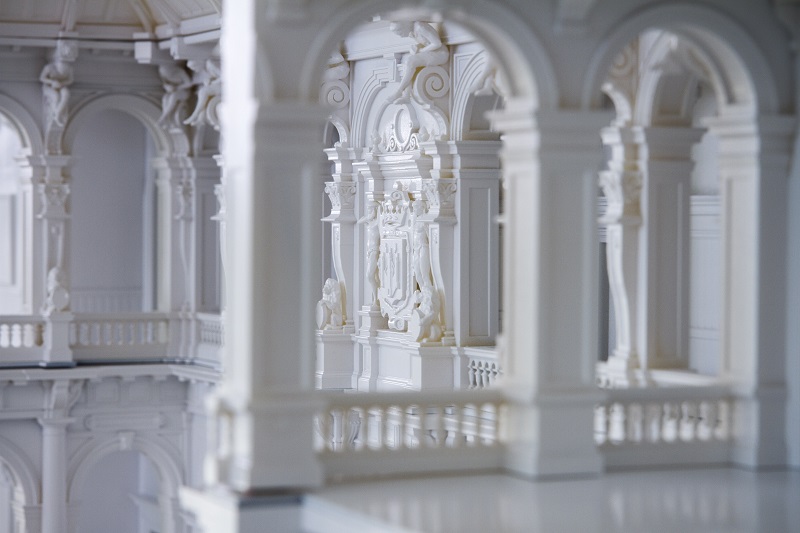 Mindscape 3D designed even the tiniest of details in their miniature.

We took on the project together with a 3D engineering bureau from Ghent called Mindscape 3D. Mindscape 3D specializes in creating digital 3D models, so they completely recreated the design of the city hall model on the computer, and sent the files to us to print. 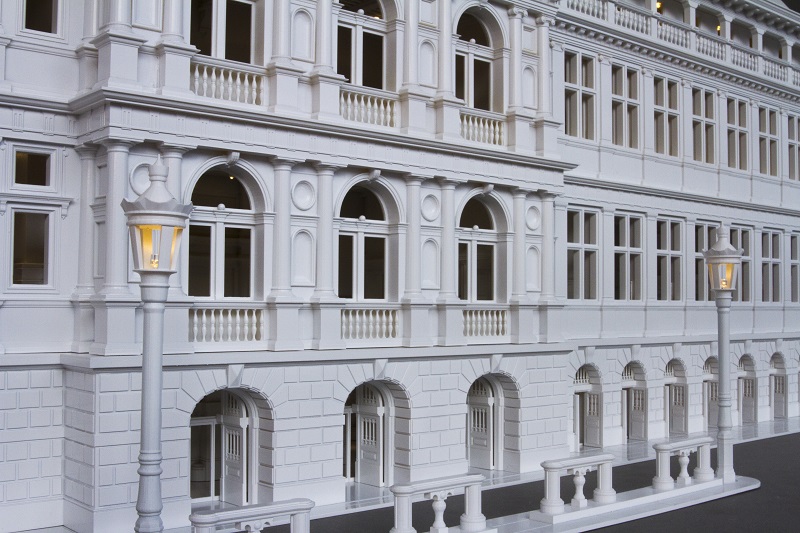 Materialise’s Mammoth Stereolithography machines were large enough to print the city hall in one piece.

Once we received the files, we got to work optimizing them for the 3D printer, using Materialise Magics to convert the data to STL, clean them up, and stack the model on the build platforms of our printers properly. We also optimized the structure in some parts by adding honeycomb structures to the inside, which strengthened the parts without adding weight. Because of the sheer size of the model, we also had to make sure we split the model in a way that would make it easy to seamlessly reassemble.

Finally, the files were ready to be sent to the printer. The only printers big enough for the job were our Mammoth Stereolithography printers, which can print models as large as an entire car dashboard! At around 1m70, this architectural model definitely needed all the build platform space it could get. Besides size, the advantage of using Stereolithography technology is the level of detail that can be achieved. Even the intricate woodwork detailing inside the rooms of the city hall is visible.

Do you have a creation of your own that you would like to bring to life? Upload your model today to get started!