The world-famous Sagrada Familia cathedral in Barcelona has been using 3D printing since 2001 to continue the work of the great designer Antoni Gaudí. This modernist architect was not able to finish the work during his life, so the Sagrada Familia consortium has to design much of the cathedral themselves. With the assistance of 3D printing, Gaudí’s glorious magnum opus is well on its way to completion. 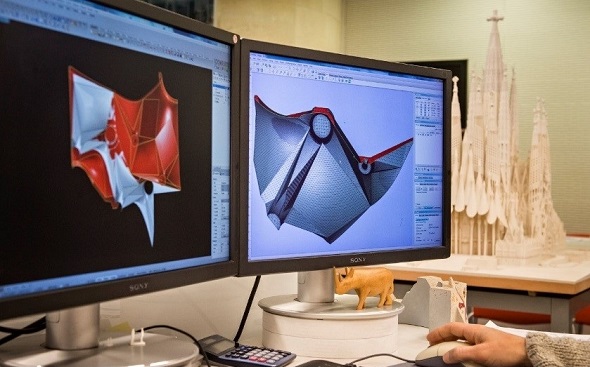 Modern Architecture: from 2D to 3D

The great architect Antoni Gaudí knew the importance of moving from a 2D plane to a 3D one when he was designing his magnum opus, the Sagrada Familia. He knew that by holding something in your hand, you can instantly get a better idea of the way a decorative feature or intricate element would look on a building when compared with a static 2D drawing. That is why since the project’s official start in 1882, Gaudi and his predecessors would often handcraft models of the elaborate building to get a better understanding of the design. 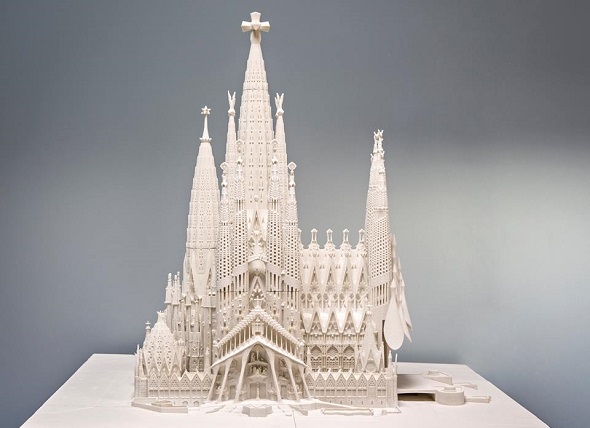 Unfortunately, many of the blueprints were destroyed during the Spanish Civil War and the remaining ones are often incomplete. Consequently, the Sagrada Familia consortium has been creating various prototypes to visualize the complex designs and figure out how a new part can fit in the broader picture. Before they had encountered 3D printing, they handcrafted the models. Because of the complex nature of Gaudí’s design, this was a time-consuming and expensive process. 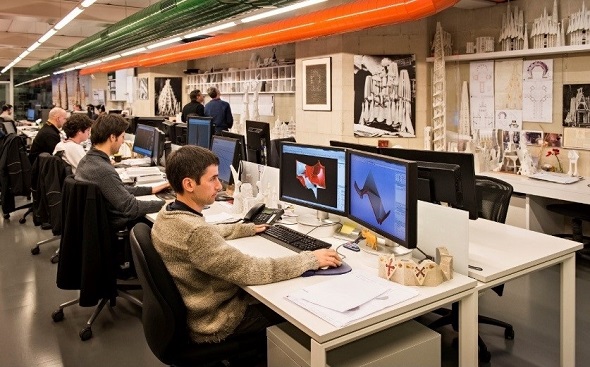 With the rise of 3D printing technology, working with 2D designs to construct the Sagrada Familia no longer makes sense. 3D printing is the ideal method to represent the whimsical, spiky forms and twisted towers in the perfection they deserve. Since turning to 3D printing in 2001, the team has relied on Materialise’s Magics software to prepare their designs for the printer. Among other things, they use this software to fix their files, cut the pieces into printable sizes and add small pins and perforations so that these pieces easily fit together. 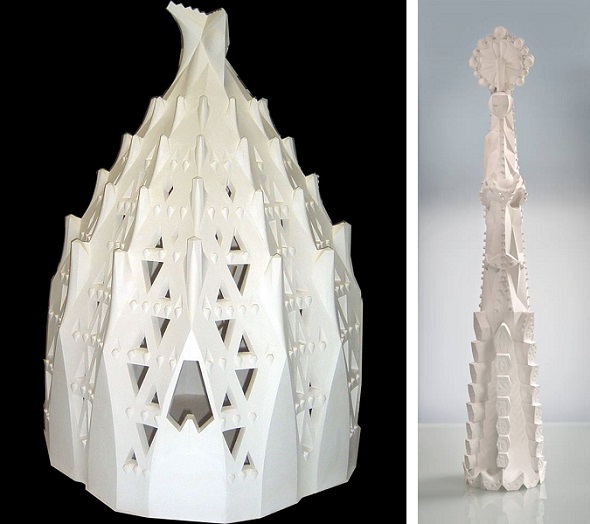 Making prototypes in 3D allows architects to work in a more detailed way and at a scale the human hand cannot produce. It helps the architects create various complex prototypes, thus guiding decisions about the cathedral’s design, while staying true to Gaudi’s style. Using 3D printing has helped keep the Sagrada Familia vision together, and with its aid the cathedral is anticipated to be complete in 2026, as you can see in the video below. 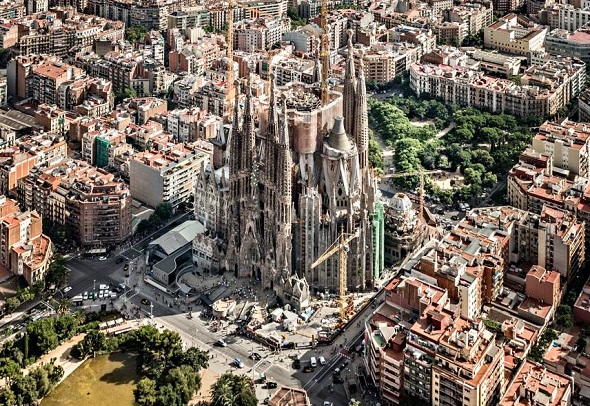 Creating and 3D printing your own architectural scale models

If you wanted to get started in 3D printing architecture scale models but don’t know where exactly to begin, we recommend that you check out our beginner friendly step-by-step tutorial for SketchUp, a beginner-friendly software that is often used by architects.

You might have to start a bit smaller than designing parts for the Sagrada Família, but even great architects like Antoni Gaudí had to learn the basics first. If you already have a 3D printable file, upload it to our website and order your 3D pint via our online 3D printing service. Architects love our polyamide material for their 3D printed scale models.