The surface of Materialise engineer Giovanni Vleminckx’s desk is covered in stone-grey 3D prints. Gears, hinges, interlocking links. Meet the first test prints of the widely anticipated HP Jet Fusion 3D printer! Announced last autumn, the news of the HP Multi Jet Fusion technology quickly spread waves of excitement throughout the 3D printing world — and Materialise, the mother company of online 3D printing service i.materialise, is privileged with early access to the new technology. Giovanni, as a researcher and engineer in our production unit, got the opportunity to run frequent tests on the machine. Here’s what he thinks and what the first test prints look like.

“When I saw the machine first at formnext, in November 2016, I was quite impressed already because of its compactness and neatness. I’m used to large-scale industrial printers that don’t really prioritize a tidy look, so it was a nice surprise,” says Giovanni. “Now that I’ve had the chance to work together with HP on testing, I’m excited to have early access to the technology and help identify areas of future development. The machine scores high on usability and reliability. It’s only been a few weeks of testing but I feel confident leaving the machine to its own devices. It doesn’t need constant monitoring once the build is in progress.” 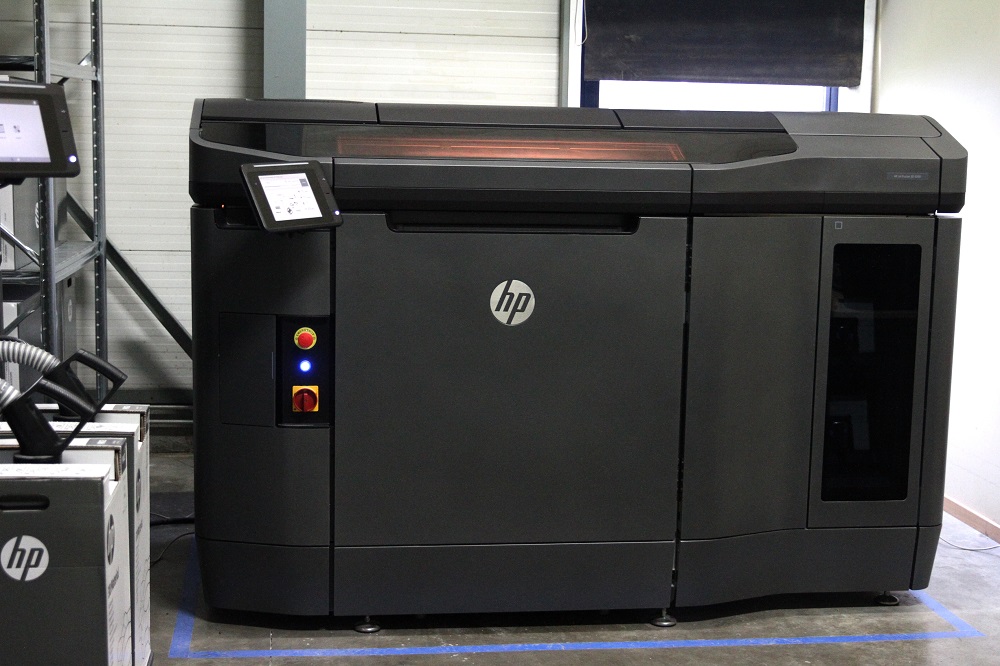 HP Multi Jet Fusion Technology: How Does It Work?

HP Multi Jet Fusion, as a 3D printing technology, is powder-based and does not use lasers. The powder bed, housed in a large chamber, is heated uniformly at the outset. A fusing agent is jetted where particles need to be selectively molten, and a detailing agent is jetted around the contours to improve part resolution. While lamps pass over the surface of the powder bed, the jetted material captures the heat and helps distribute it evenly. Since the powder bed is already heated and melting is not based on laser movement, each printing layer takes the same time, leading to foreseeable build times.

At present, the material used by the machine is PA 12, a polyamide. “The material has a very fine powder grain, enabling the production of very thin layers of 80 microns,” explains Giovanni. “That means the same material leads to high-density parts with lower porosity than it would with thicker layers. The fine grain of the powder would be especially suitable for detailed features and high-complexity parts. The surface finish is quite fine even without post-production finishing, and I can imagine that functional parts in the future may not need additional smoothing. Straight out of the machine, parts are a stone-grey color that takes well to color dyeing.” 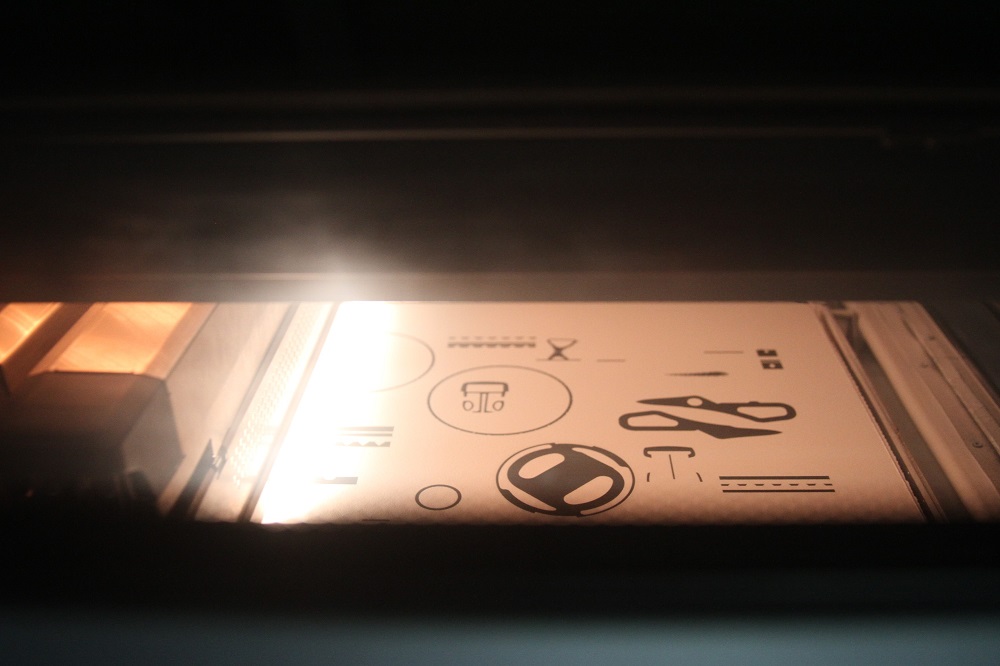 “The HP Build Processor seamlessly integrates 3D printing software with the printer, allowing the user to assign a machine-specific build style to the platform, as well as slice and export data to the machine,” explains Giovanni. “Being involved in a software capacity at this early stage has afforded us a great opportunity to give Materialise software users a head-start on this technology.”

HP and Materialise engineers then came up with a pool of testing parts, each with a specific ‘control factor’: a single-build hinge to test dimensional accuracy (if the accuracy is too low, the moving parts of the hinge would fuse together); a textured sample to check surface quality; a few identical parts oriented differently at various areas on the build platform to test build uniformity. 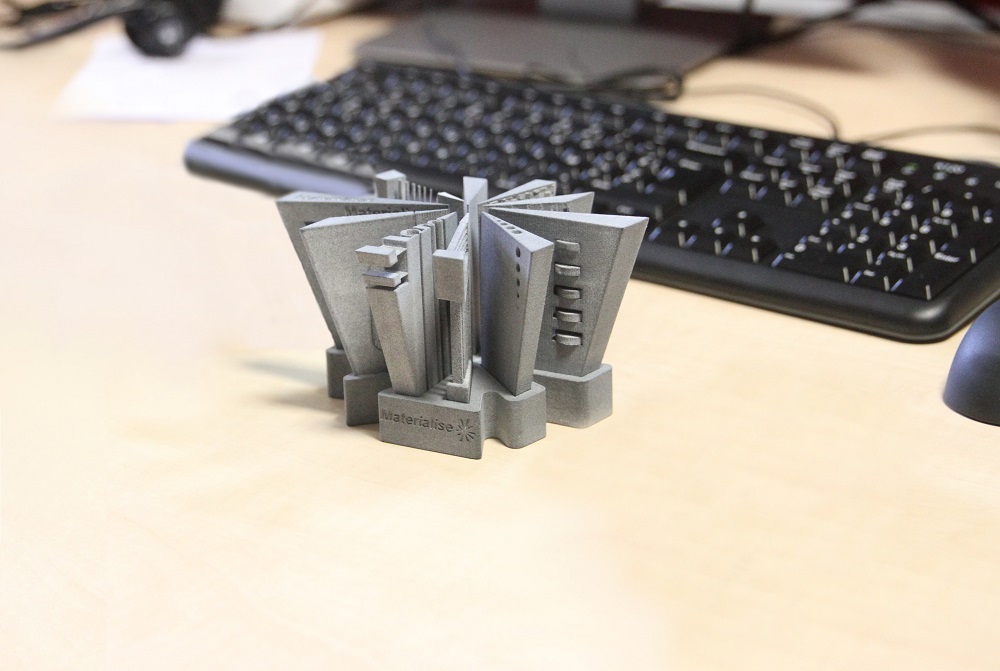 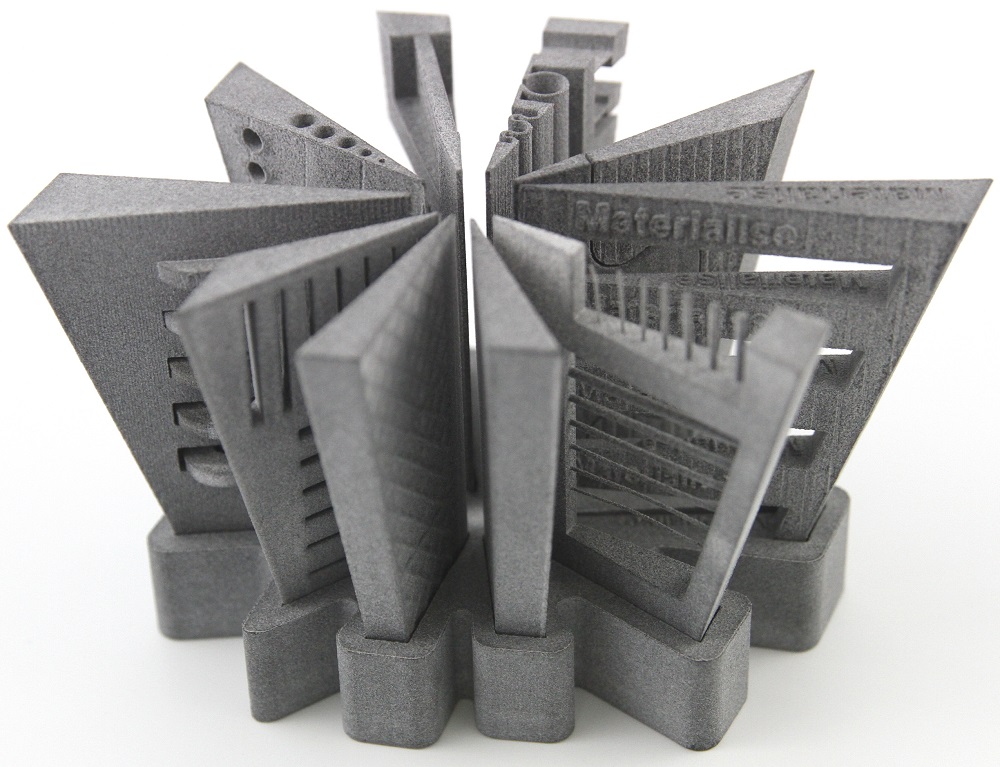 The test print in detail.

For Giovanni, the regular feedback rounds with HP to present findings have been a fruitful exercise in defining priorities on both sides and identifying the most critical areas for future development. “We’ve worked together on expanding the optimal build area of the build platform, on improving the dimensional accuracy. In parallel, there’s a similar process of research and validation on the Software side with our Build Processor team. I’m very happy with how our findings are handled; HP has a large and eager support team that values our feedback.” 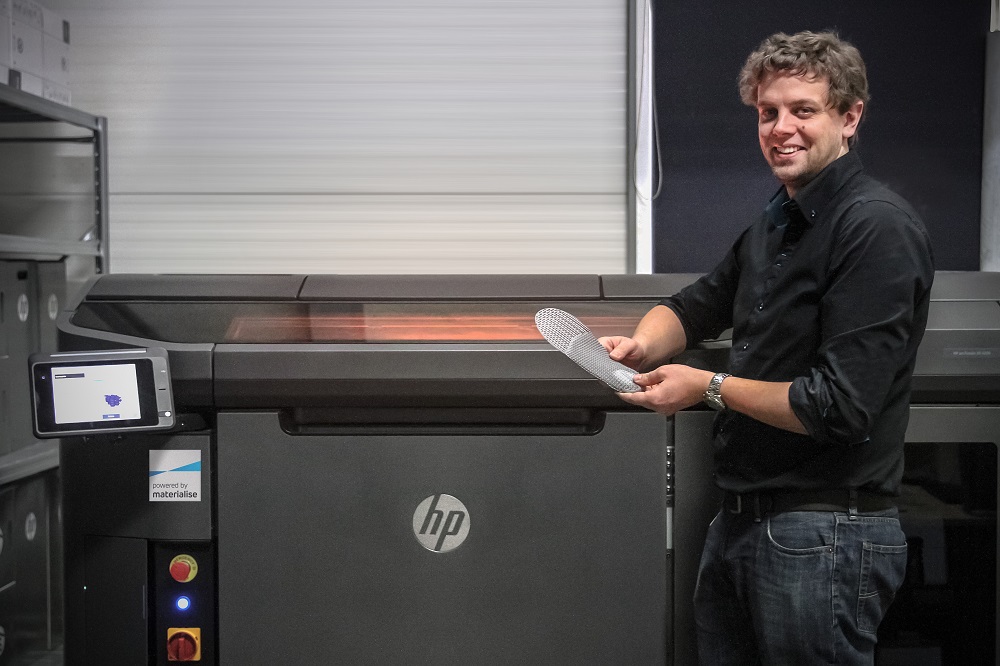 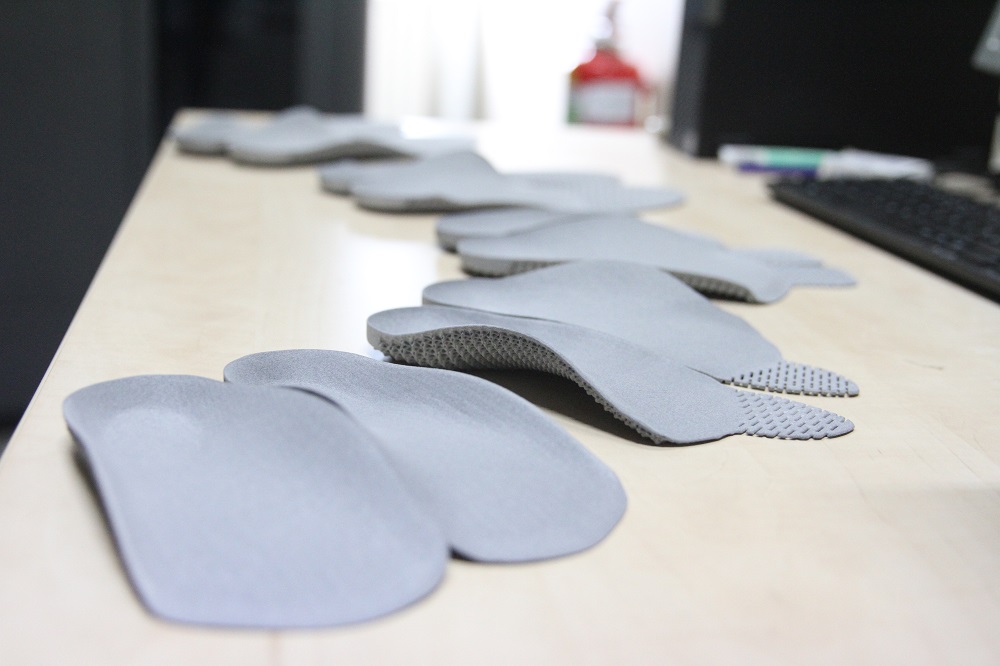