Once again Swiss designer duo Drzach & Suchy have surprised us with a 3D printed art piece like no other. After the stunning 3D printed shadow art that they printed with us back in May, we were really excited about their next project: a 3D printed haiku that is only visible in water. Sounds confusing? Read on!

A haiku is a short poem that uses sensory language to capture a feeling or image. Typically haikus are inspired by nature and beauty. Now what does a short poem have to do with 3D printing, you ask? Well, Drzach & Suchy decided to 3D print a Japanese haiku by poet Matsuo Bashō (1644–1694) about an old pond, a jumping frog, and the sound of water.

What already sounds weird gets even better: the haiku only becomes visible in the right setting. As you can see below, the text cannot be read when simply looking at the 3D prints – you only see a polyamide mesh. Why is that? Because unless the 3D prints are put in water, the words are not visible. 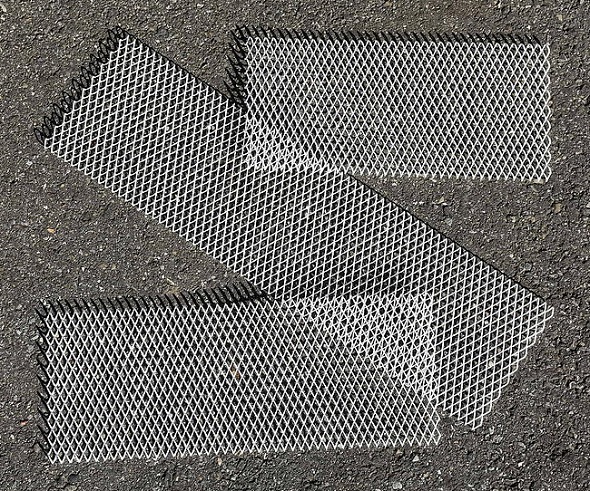 When placed in water, the shadows of the 3D print are cast on the ground. The words appear and make the haiku readable. 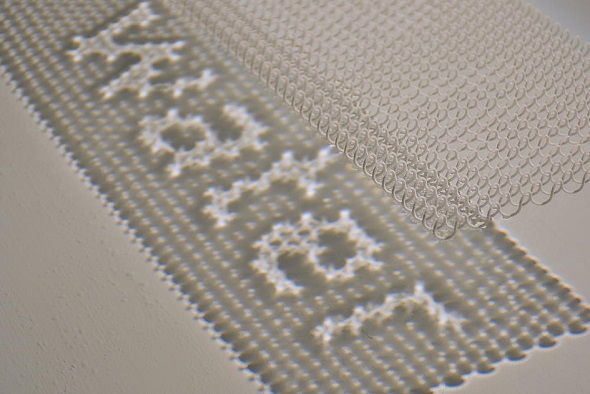 Without further ado we advise you to take a look at the following video to see what this amazing technique does.

So what’s the explanation behind this? Drzach & Suchy explain it like this: “Water striders make ‘dents’ on the surface of water which result in shadow spots at the bottom of a pond.  The floating grids use this phenomenon in a controlled way: the grid elements have varying heights, so when the grid is placed on water surface, some of them touch and deform the surface causing shadow spots, while others are hanging just above the surface, letting the light go through.”

The idea of this 3D print came to Drzach & Suchy when visiting the Jakkoin Temple near Kyoto. They watched water striders (water bugs) and noticed that their shadow is more visible than their actual body, making them almost invisible on the surface of the water.

For the next stage, Drzach & Suchy are aiming for a similar effect: “We hope that our current experiments with other materials (e.g. transparent resin or rubber-like) will make the grid disappear even further.” 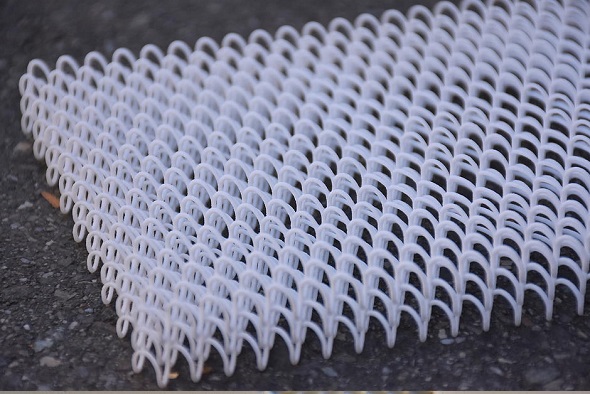 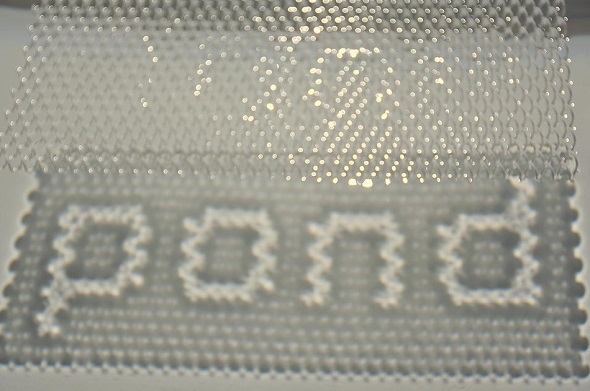 If you liked this story, make sure to take a look at our story about Drzach & Suchy’s 3D printed shadow art here. If you want to print an art project yourself, simply upload your 3D file here and choose from over 100 different 3D printing materials.