Have You Seen These Common 3D Printing Myths?

Have You Seen These Common 3D Printing Myths?

There are a lot of 3D printing myths circulating the Internet. Some are wacky and probably influenced by cartoons such as The Jetsons — for example, every home will soon have a 3D printer. Other myths revolve around questions such as: “Are the costs for 3D-printed parts different to traditionally manufactured parts, and do they have a similar structural integrity?”

Well, in this blog, we’ll be addressing these three fallacies. So, get ready as we shatter these common misconceptions with the help of our resident myth-buster, Aran Maguire, Product Manager at our parent company, Materialise.

This underlying myth is based on a specific notion around fused deposition modeling (FDM). This technology is the most well-known in the consumer space, and it’s true that 3D-printed parts are weaker in one direction: the Z-axis. However, it’s possible to eliminate many of the weaknesses found in the Z-axis by optimizing your design’s geometry. “There’s a whole host of things you can do to compensate for those inherent weaknesses,” says Aran.

“And, if you start looking at stereolithography (SL) or other layer-based technologies —like powder laser sintering or multi jet fusion (MJF) — those typically have a higher directional strength than FDM. This myth has been compounded by the fact that FDM is in the public-sphere compared to professional-grade machines with optimized processes that are not so well-known,” he says. As a result, what should you do to ensure your designs produce the best results? 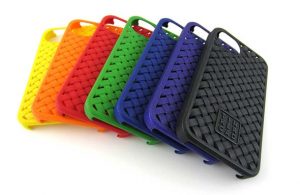 Polyamide is another popular and flexible printing material

Injection molding is the go-to technology for printing parts in high volumes — extremely useful for producing quantities in the thousands or tens of thousands. But manufacturing such vast amounts requires considerable resources and investment into tooling and production. For smaller-scale production or limited part series, 3D printing is the ideal — and cost-effective — solution.

“You’re only paying for the 3D printer, not all of the tooling normally associated with injection molding. And with i.materialise, you don’t even need to invest in the equipment! You only need to factor in the cost of the material(s) and the service fee.

“3D printing is a really nice way to produce parts close to injection molding, mechanically and appearance-wise, without having to pay for specialized equipment. This is perfect for smaller-scale businesses or individuals who want to print limited parts or models. 3D printing mitigates risk, especially as you avoid investing in costly tooling. And, as I mentioned before, you can also change the geometry of your designs to create something that cannot be replicated when using injection molding.”

Myth #3: Every home will soon have a 3D printer

Finally, a wonderful idea engrained in popular culture is that every home will have a 3D printer. The potential is there, but unfortunately, the public is not ready to fully embrace this technology right now. 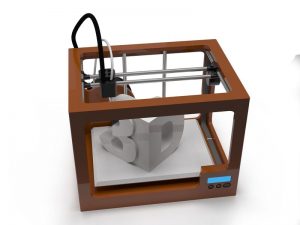 “Every home could have a 3D printer, but that’s not very realistic. Lots of people don’t know how to design 3D objects. And, at the current rate, it will take a while for the mainstream public to build up the required knowledge to use a 3D printer effectively. Although interest is generally increasing and the public’s knowledge is steadily improving, I can’t see it happening in the near term,” he says.

Consequently, it’s unlikely we’ll see a 3D printer snugly placed next to desktop printers or laptops in the average household. Still, the potential for future adoption is there — so long as 3D printing stays in the mainstream conversation.

Do you have any myths you want us to debunk?

And there you have it! We’ve demystified some 3D printing myths floating around the web. But there are so many to tackle. Would you like a follow-up article answering more myths, or do you have any general questions about 3D printing that you’d like us to answer? Let us know on our social media accounts.