Rocket Star is related to the Rocket Twist puzzle. However, instead of threefold symmetry, Rocket Star has five-fold rotational symmetry. The puzzle has six corners, five edges, twenty triangles and five semi-hidden centers. In its solved state, the puzzle has five active rotation axes, each 9 degrees “north of the equator” (Jaap’s Sphere modelling) and equally spread out around the north-south axis.

What makes this puzzle special is the same as for Rocket Twist. After two, three or more turns, the puzzle is back to its original shape, but in a different orientation. As a result, some rotation axes have disappeared and some new one have reappeared. The puzzle jumbles and it can be considered quasi-doctrinaire. It is undecided whether the puzzle is deeper-than-origin-cut or not.

Of course, if one repeats left-right-left-right enough times, one returns to the start state. Quiz question: how many moves would that be? 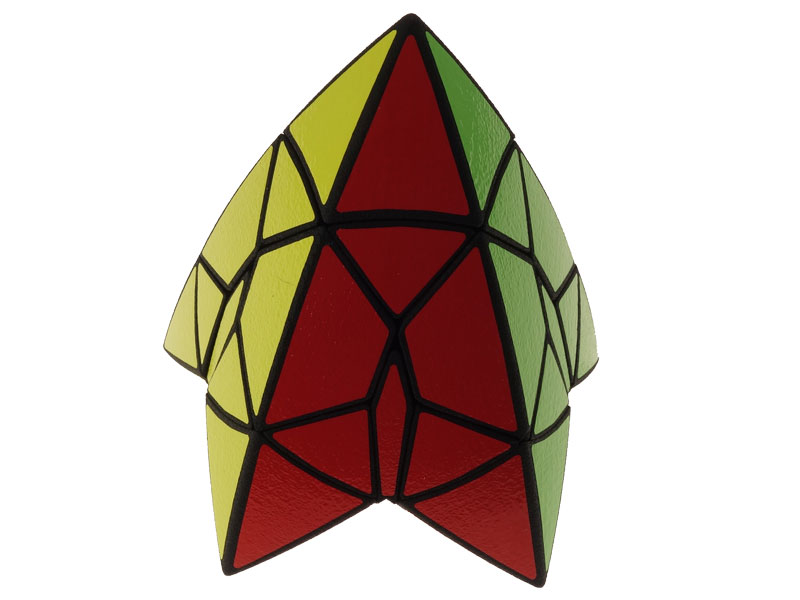 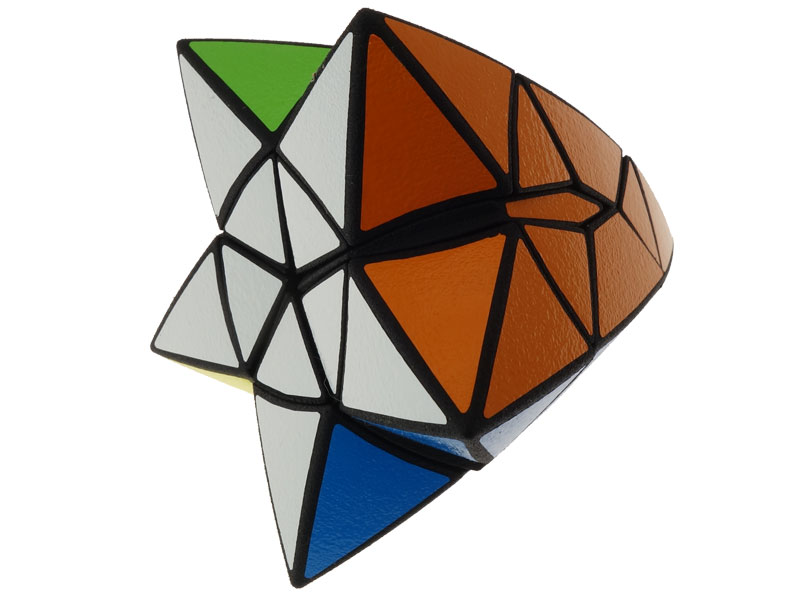 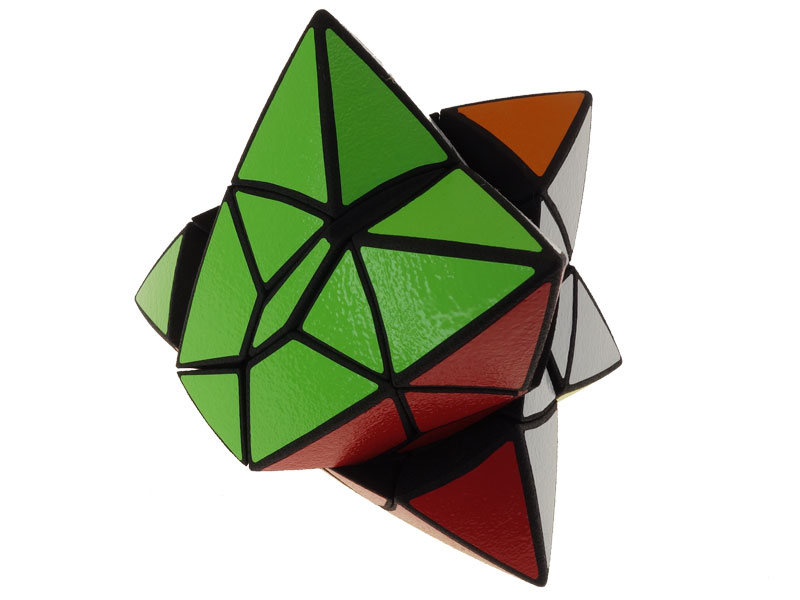 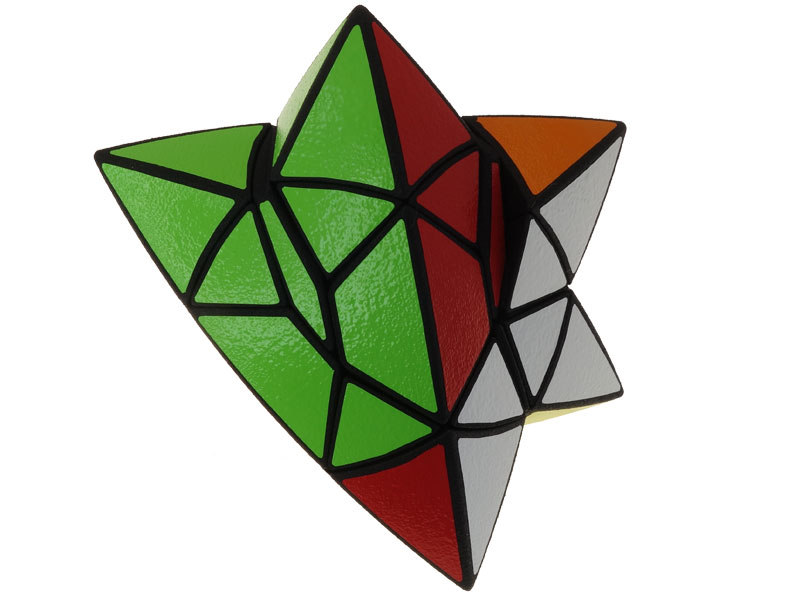 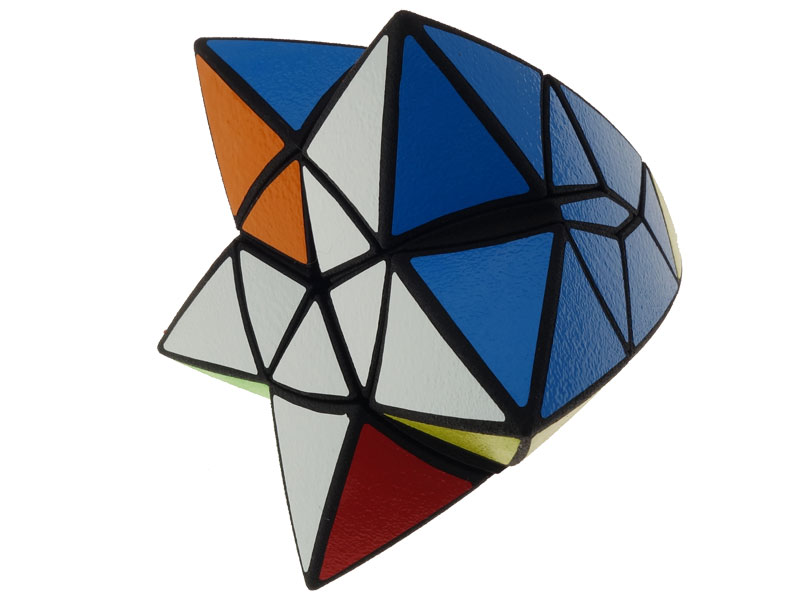