Segerdas is a sliding puzzle, based on an invention by Henry Segerman. Summer 2018, I showed Henry the Boomdas puzzle, one of my favorite slide-piece puzzles. Boomdas is has nine squares, held together by a dovetail connection. The object is to slide the squares, which reshapes the puzzle, and make it into a square with the numbers in the correct order. Cheating is easy with Boomdas, as one can just take it apart and reassemble. Henry and I worked out the logic when two squares should, or should not be able to slide. Then Henry found a mechanical way to implement this logic, which I worked out into this prototype.

Each square has eight triangular pins that are pushed outward by magnets. Each pin has three states: in, neutral and out. When there is no adjacent square, a pin is out. When there is, a pin is neutral. A pin can only be pushed in, if the neighbouring pin is neutral. And two squares are blocked by pins if two pins cannot be pushed in. This implements the required ternary logic. After a failed prototype, this one is finally a success, hurray! 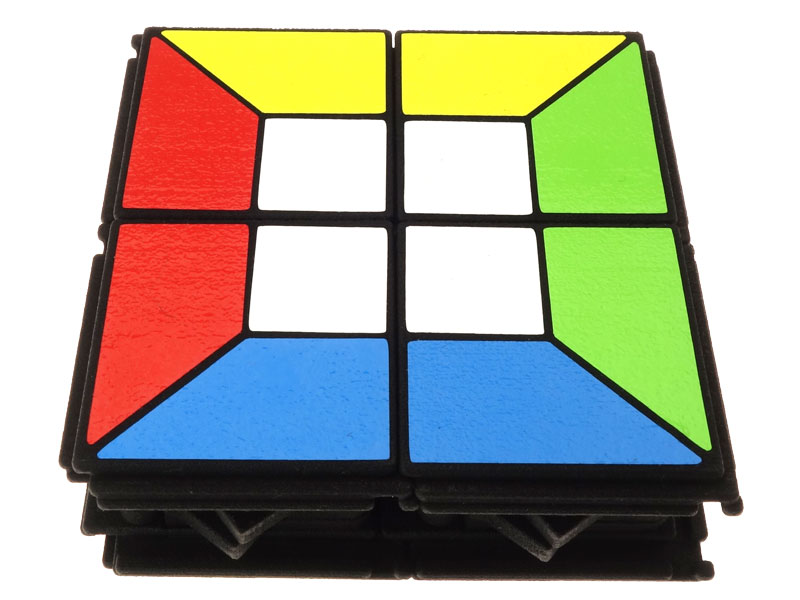 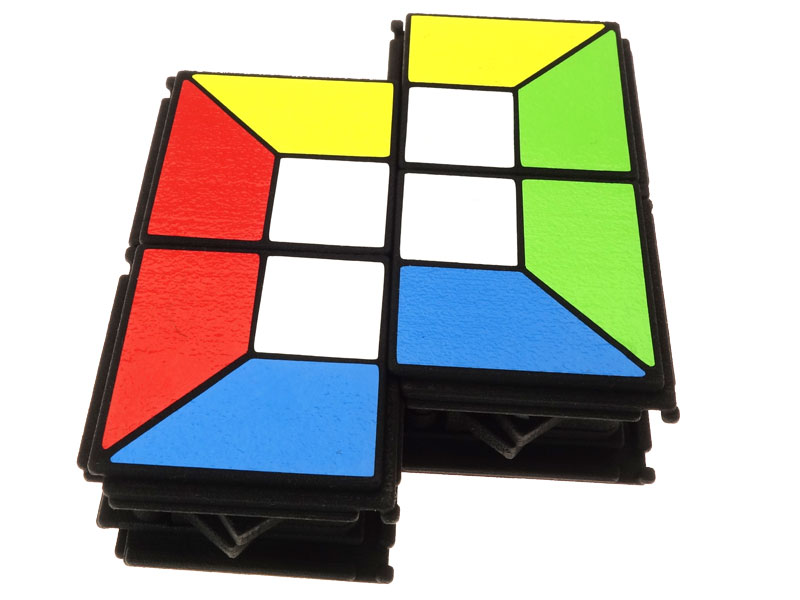 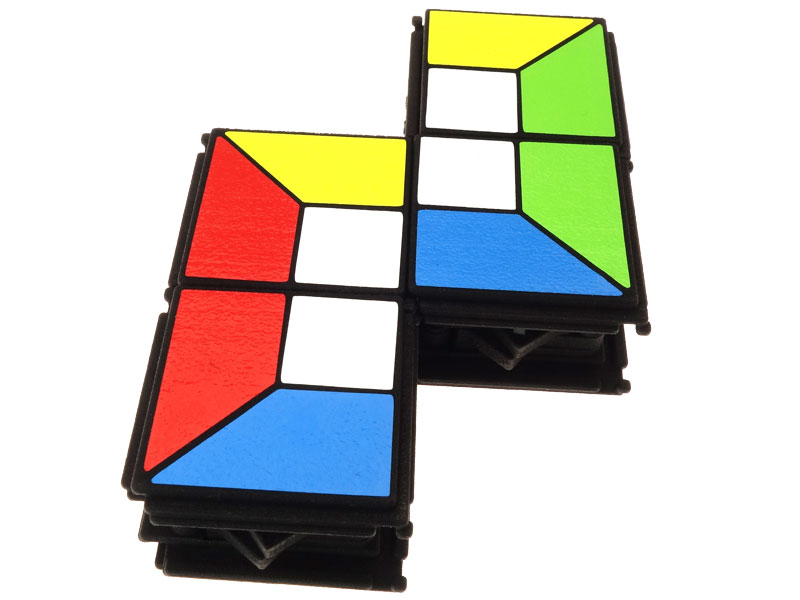 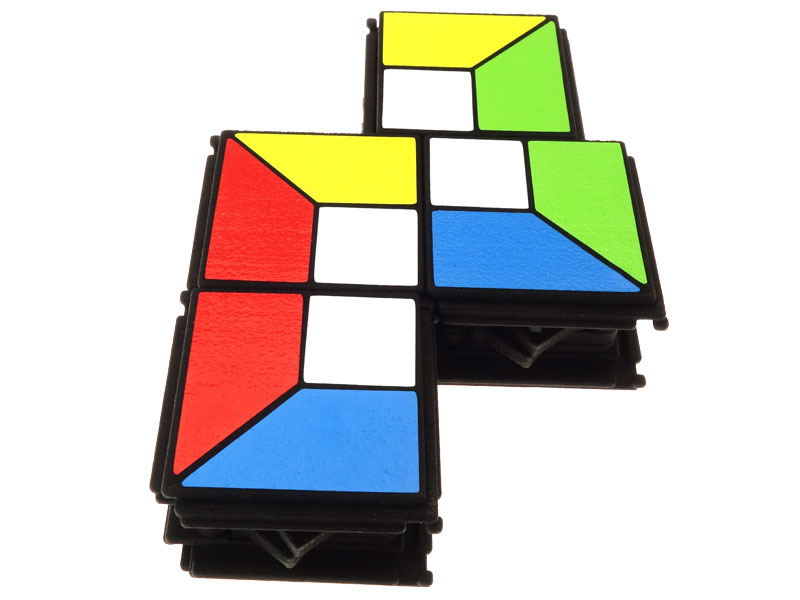 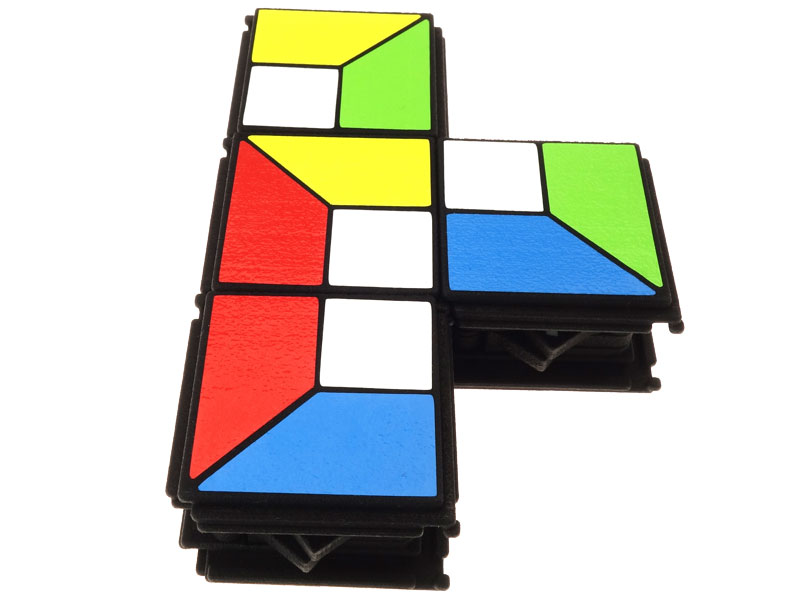 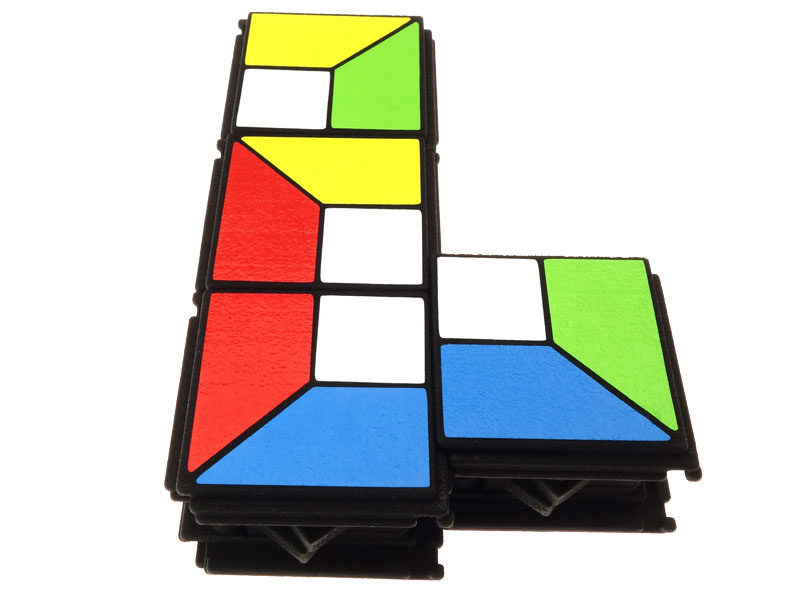 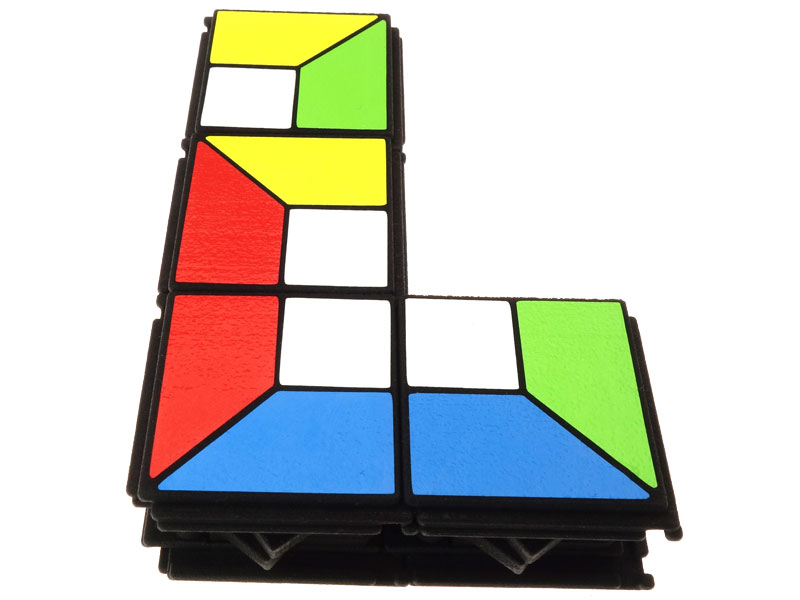 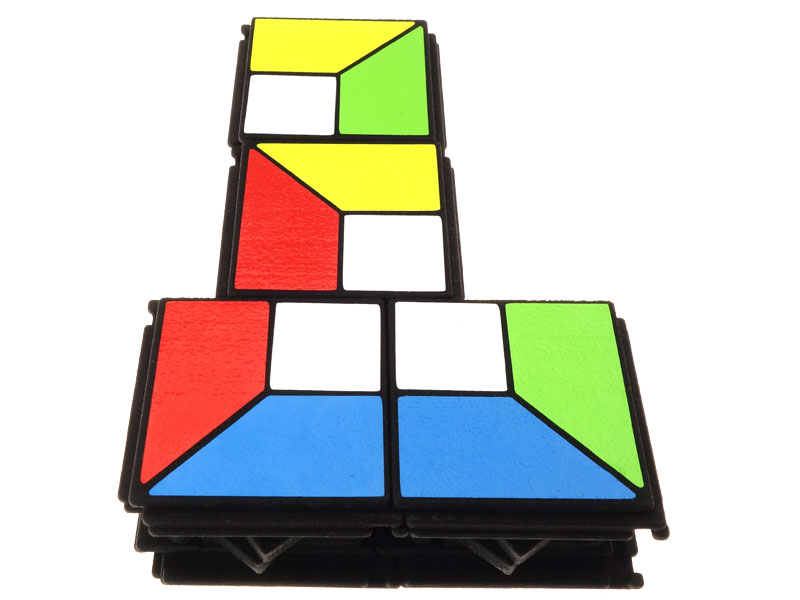 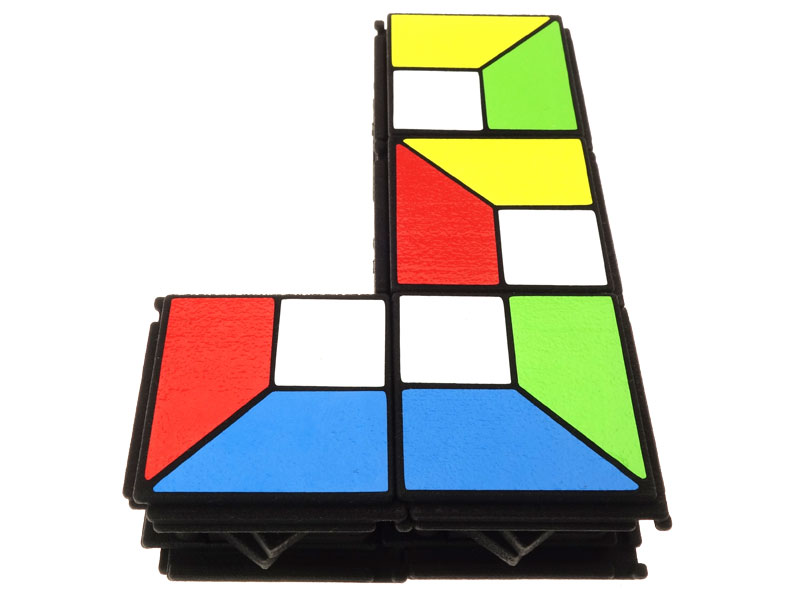 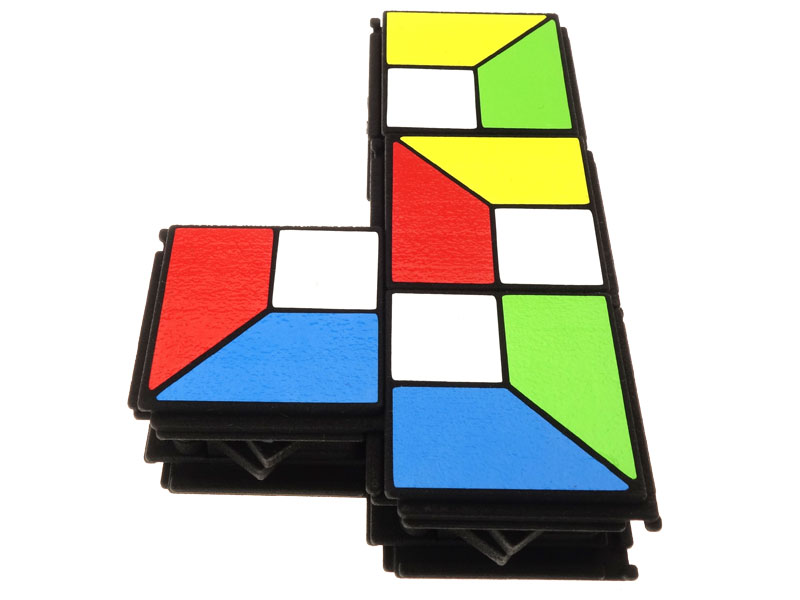 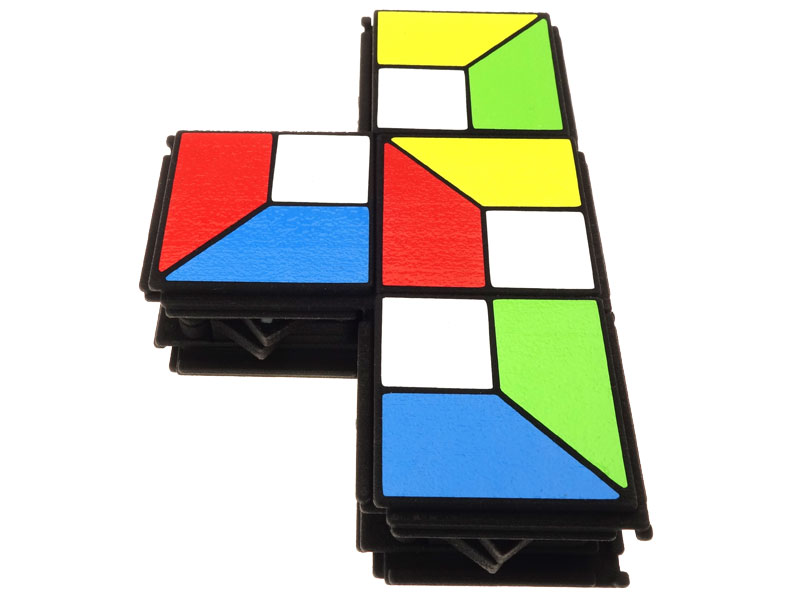 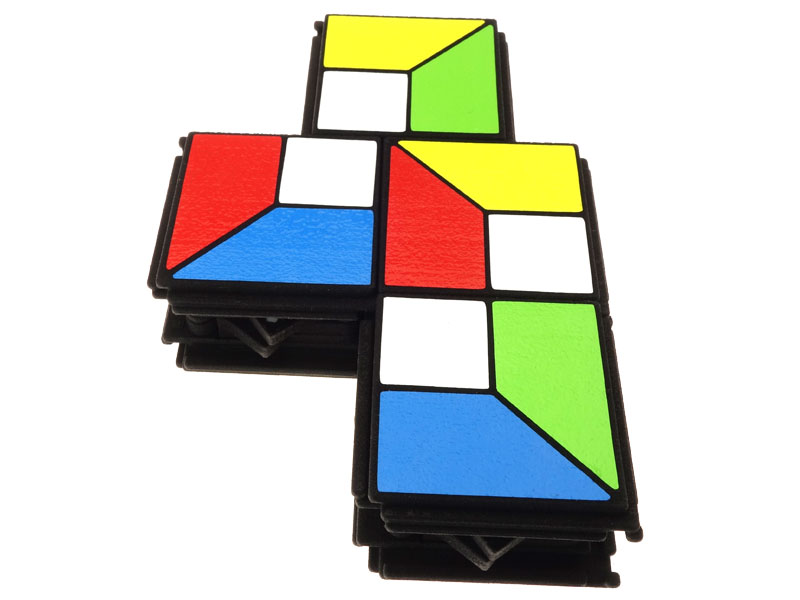 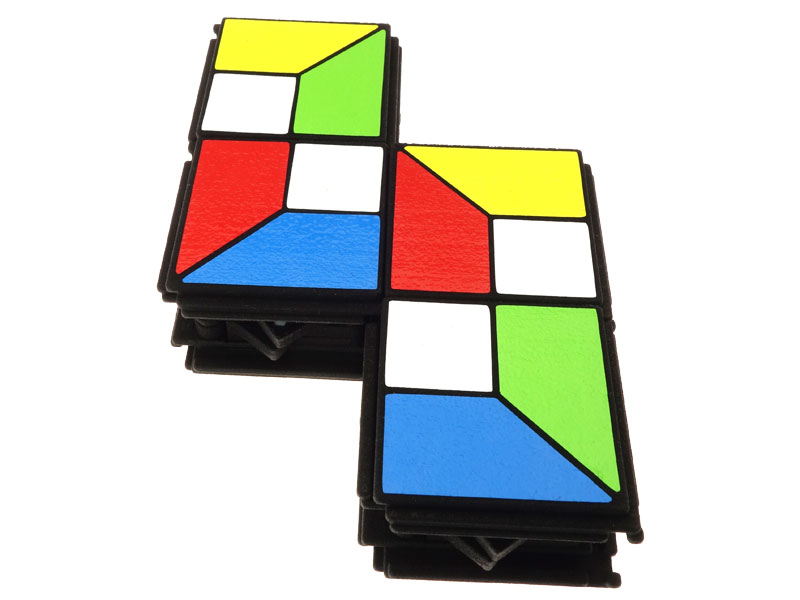 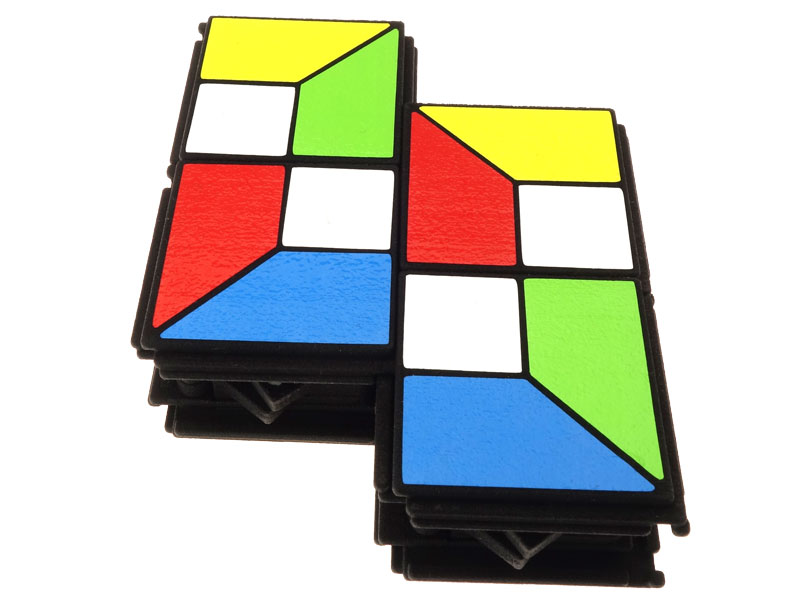 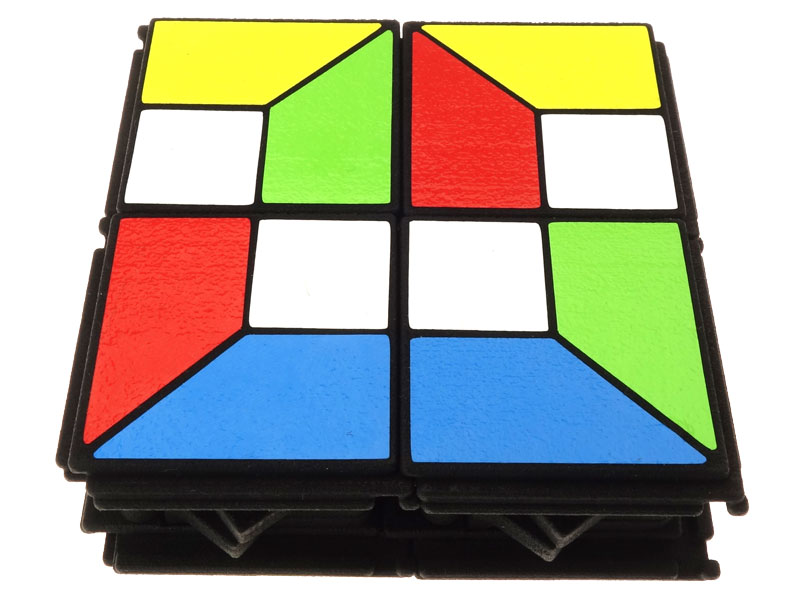 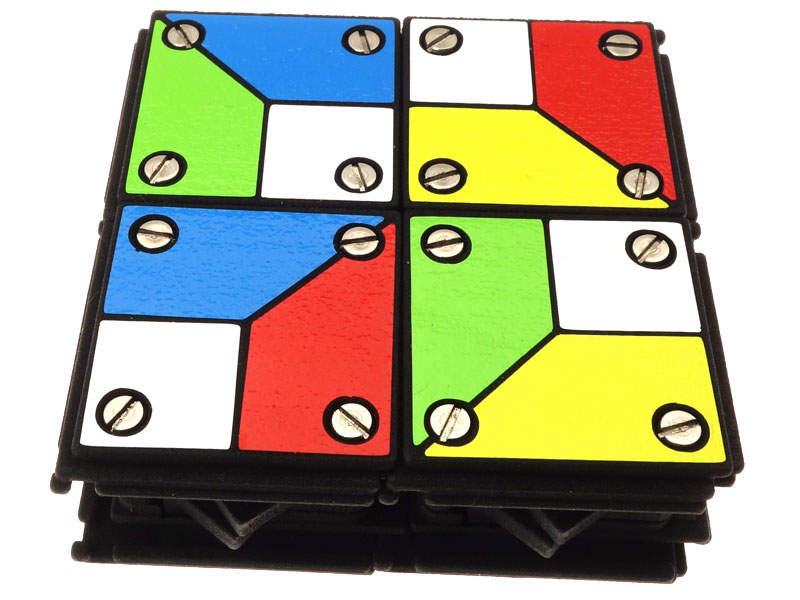 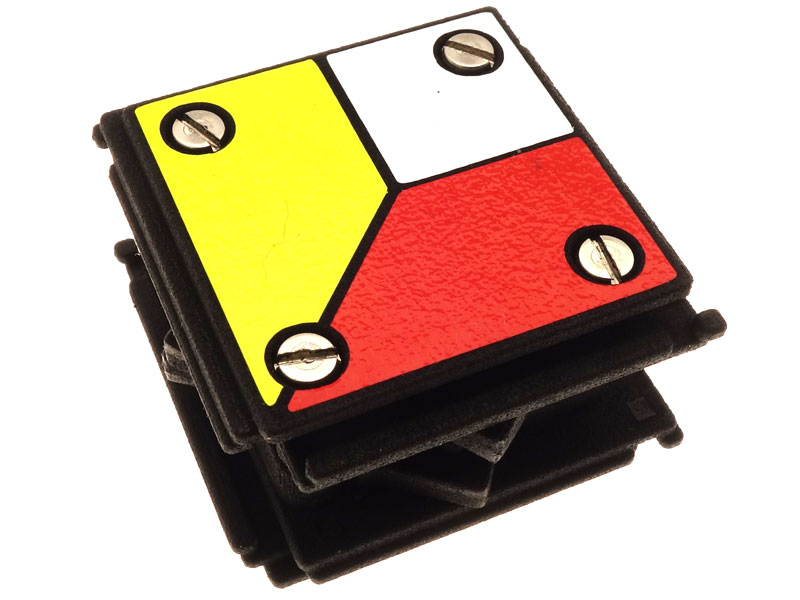 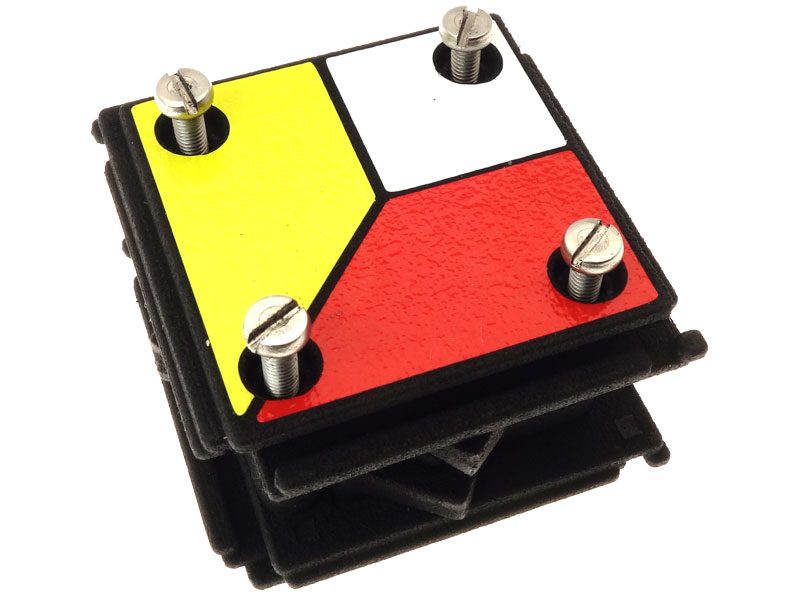 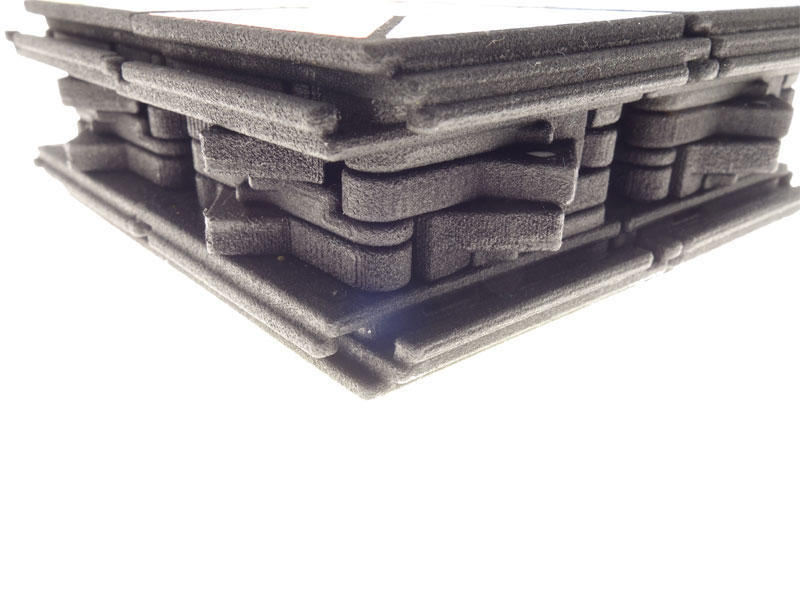 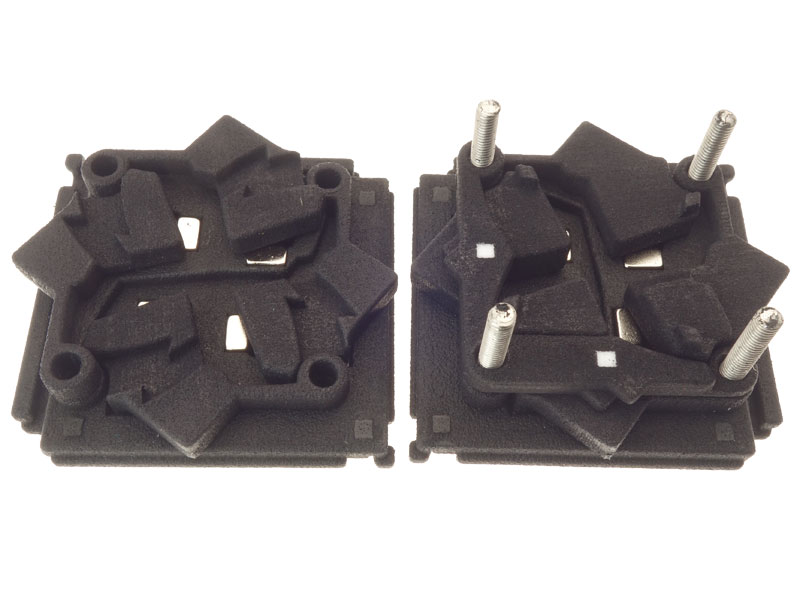 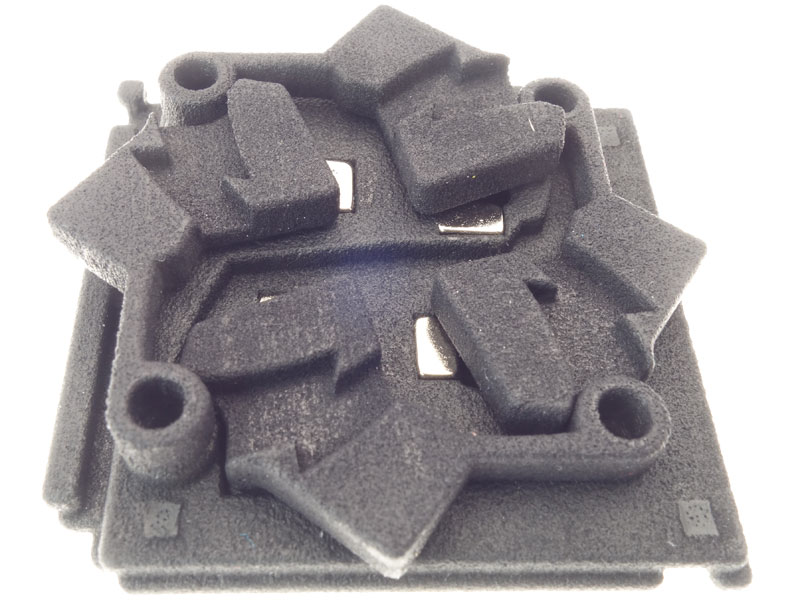 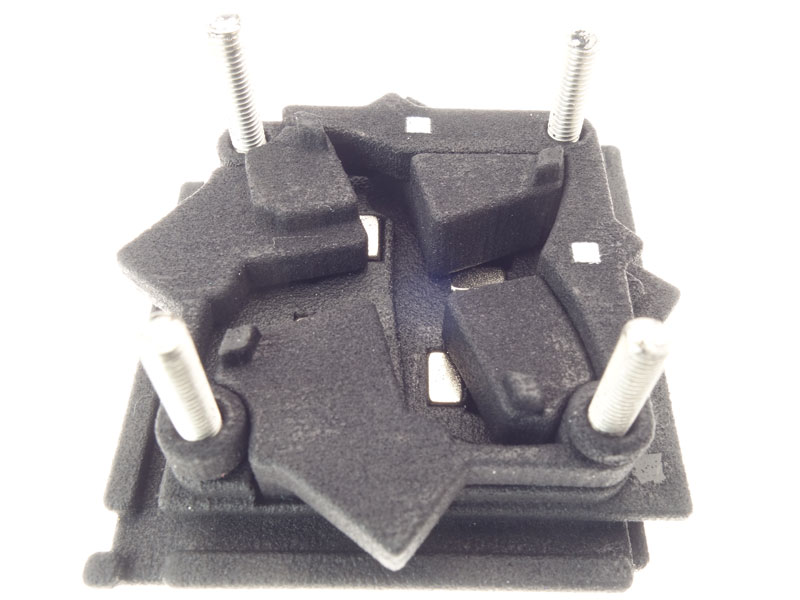 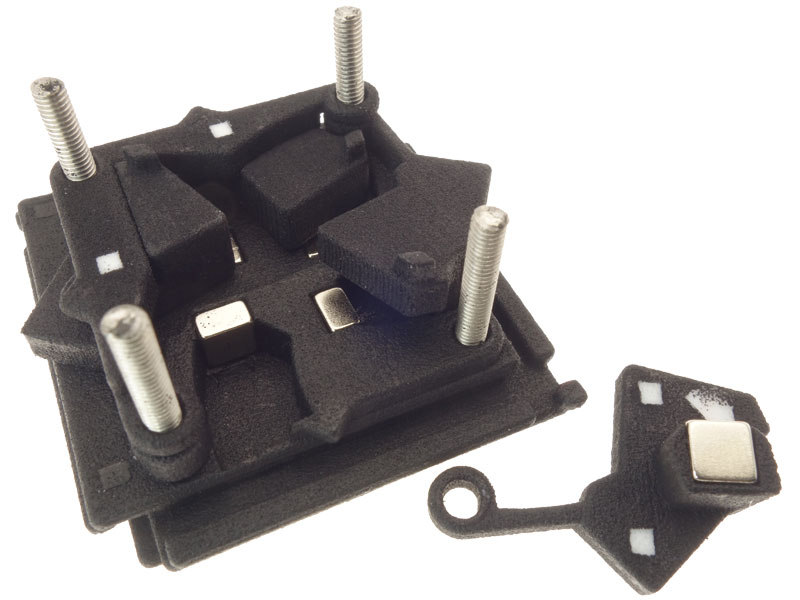 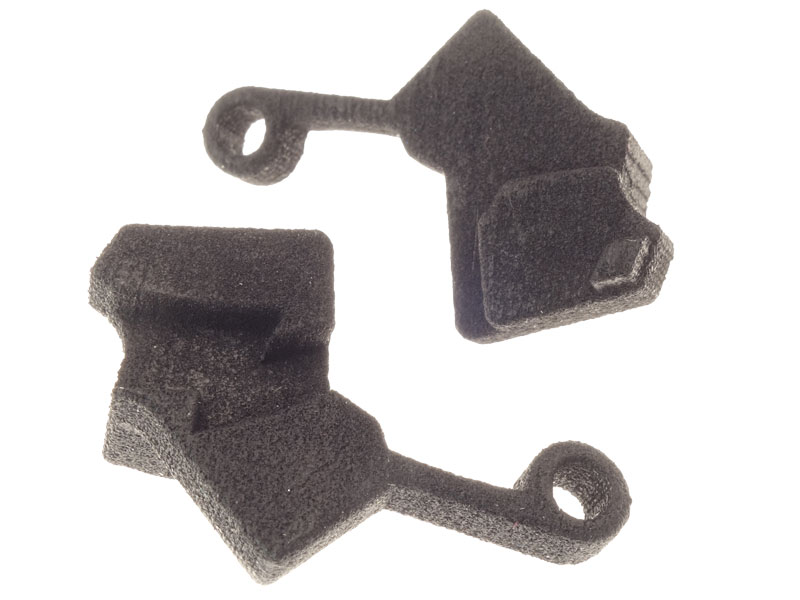