A physical implementation would not allow Poddiakov’s gears to be put all three together, as then the mechanism would jam. A solution was the addition of three ratchets. Whichever of the three knobs you turn, one of its neighbours will turn 2x faster and the other 2x slower. 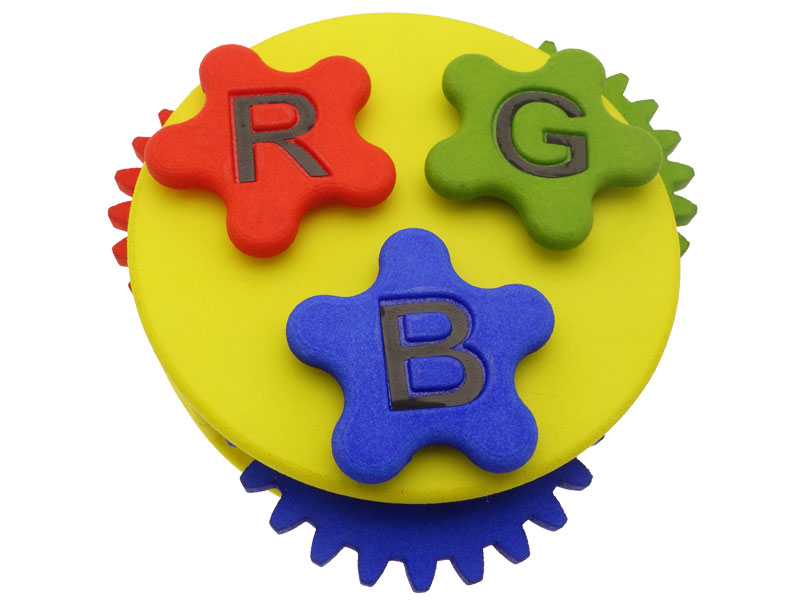 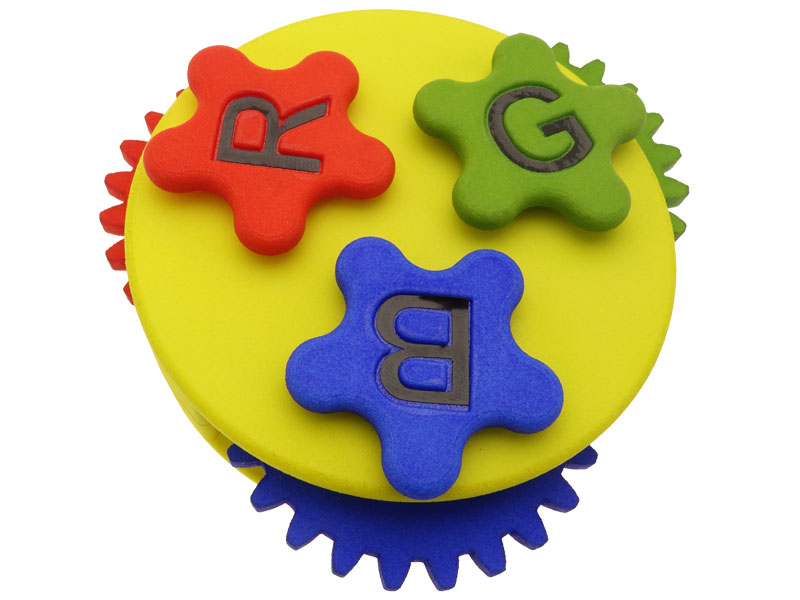 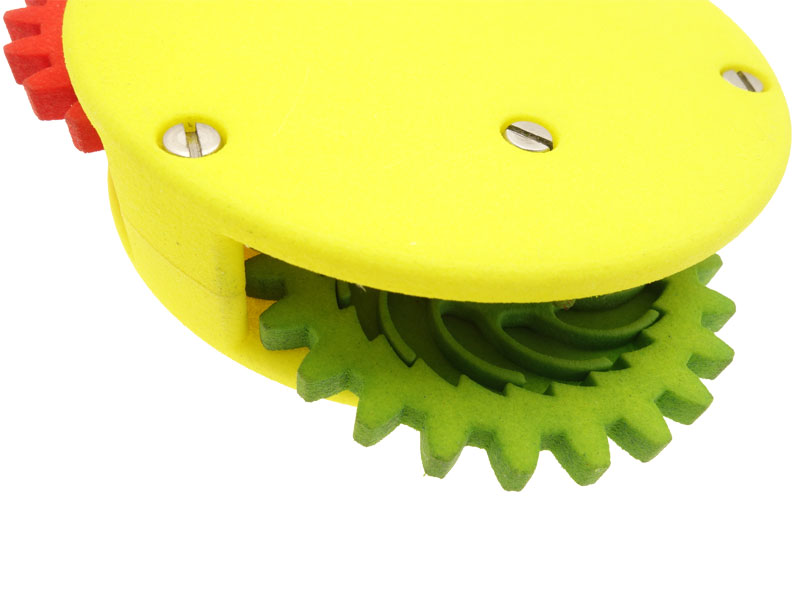 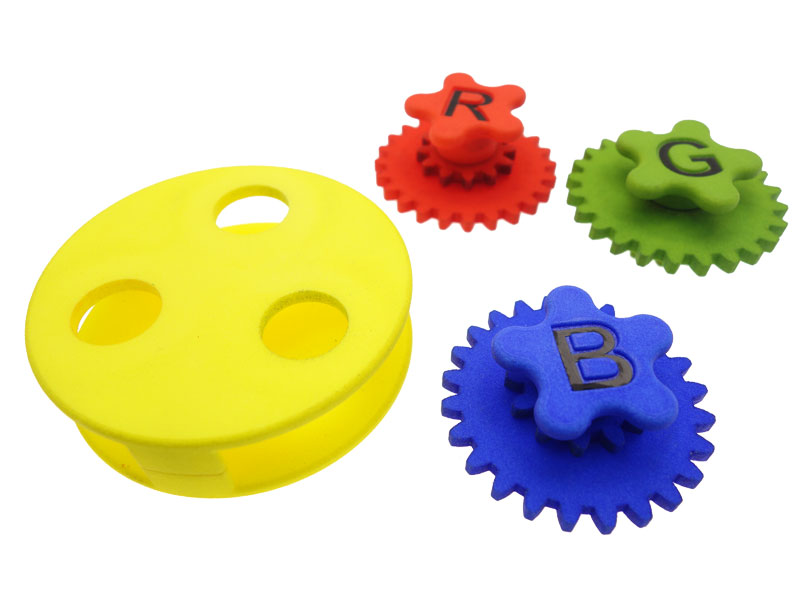 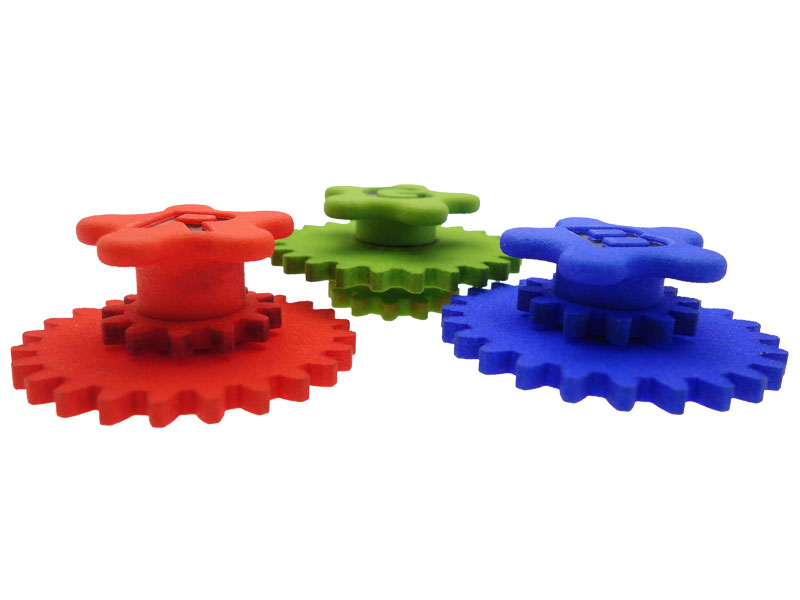 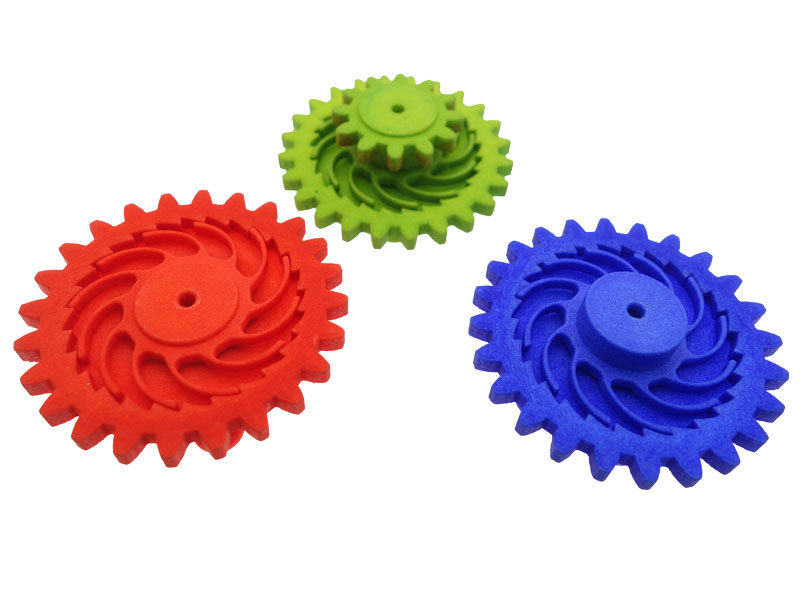 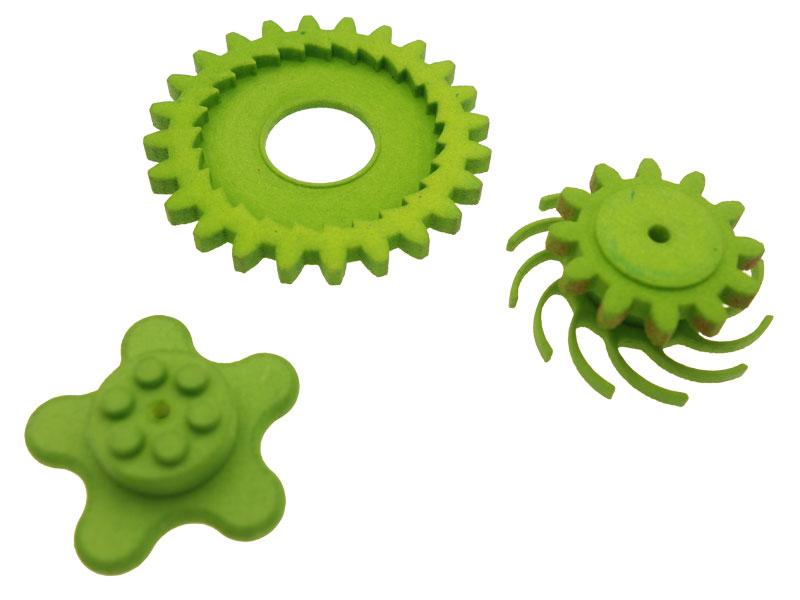 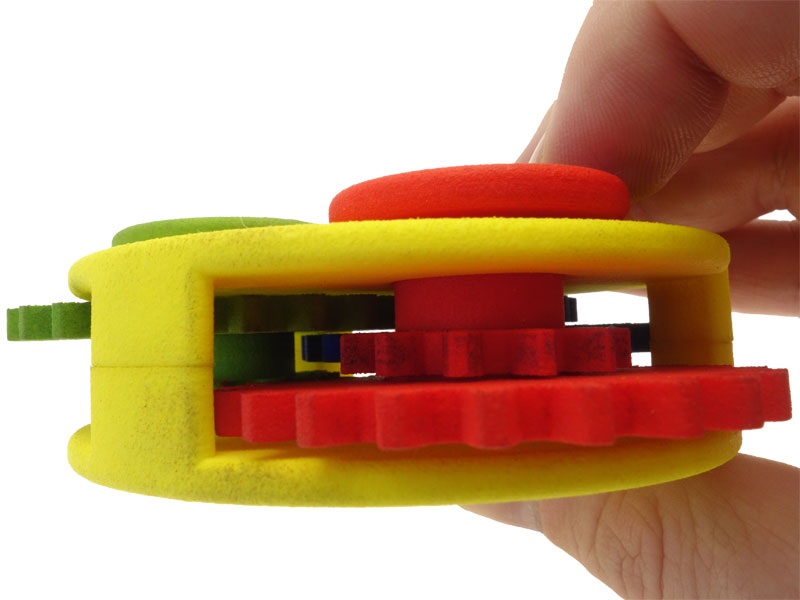 Alexander Poddiakov shows in a paper that Non-Transitive Gears can also be played as a three-player game, where the third player always wins.