A consequece of the moving axes is that the puzzle can not be built with a classic shells mechanism and screwed-in axes. This also means that the puzzle cannot be fully modeled in e.g. pCubes. This puzzle may the first of its kind with this axes-than-move-around property.

Bonus facts:
-Six squares of Hollow Mystery can be assembled into a cube. It does not turn then, of course.
-The ten parts of Hollow Mystery can be assembled in an alternative way that does not turn either.
-All rotations are multples of 72 degrees (360 / 5), and the geometry features three pentagons.
-The geometry of the puzzle is sort-of dual to that of Fairly Twisted.

Question:
-Can this geometry be considered a quasi christal on a sphere? 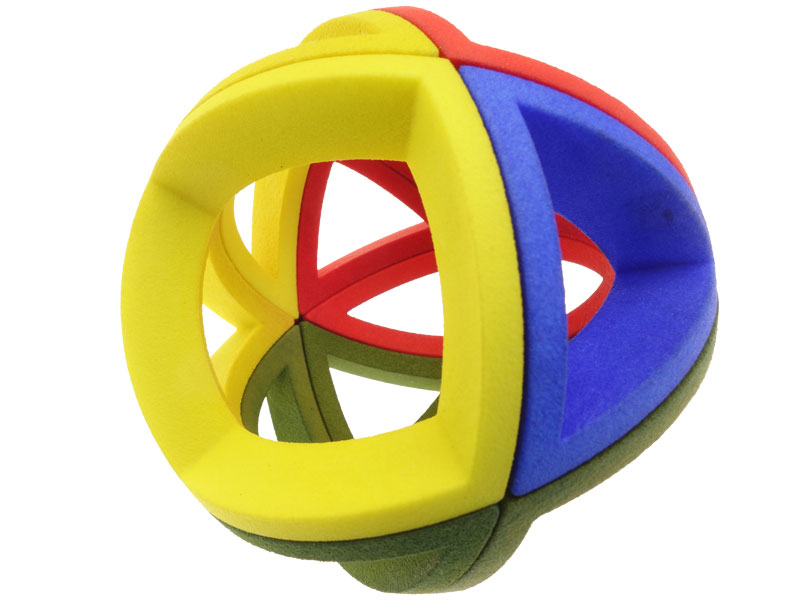 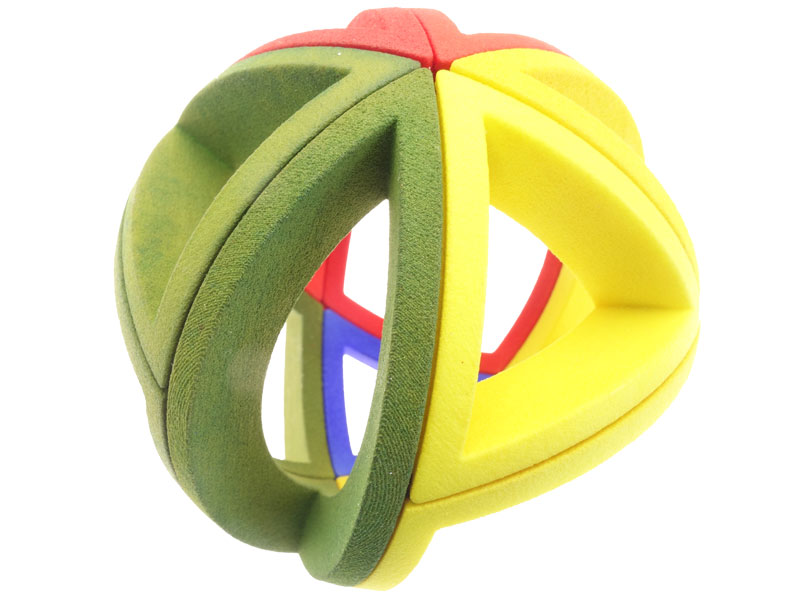 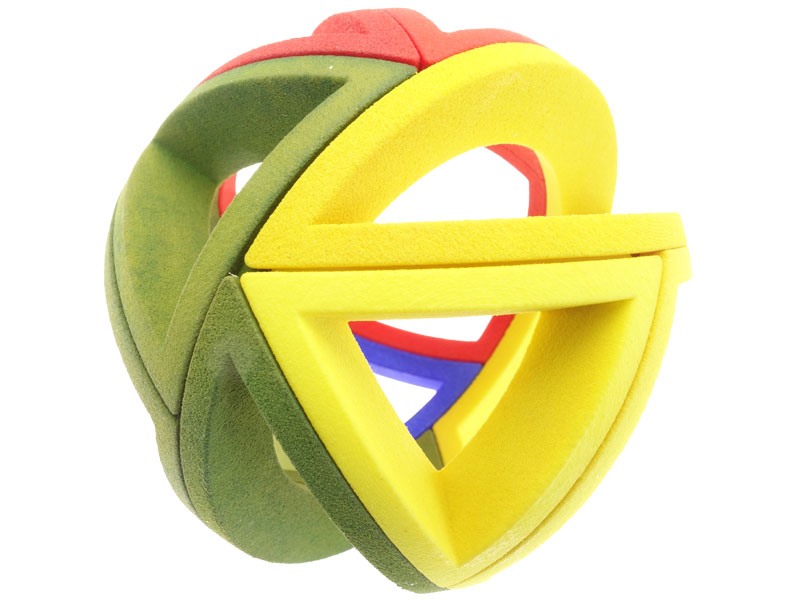 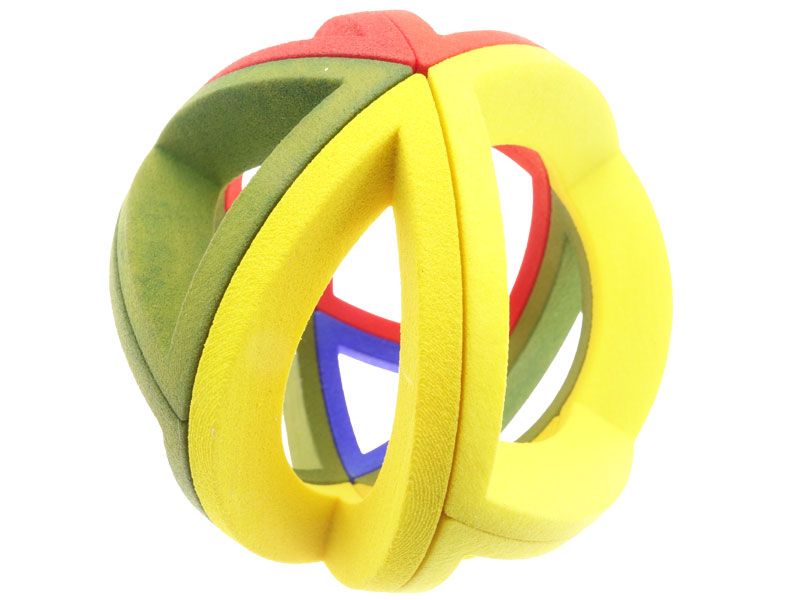 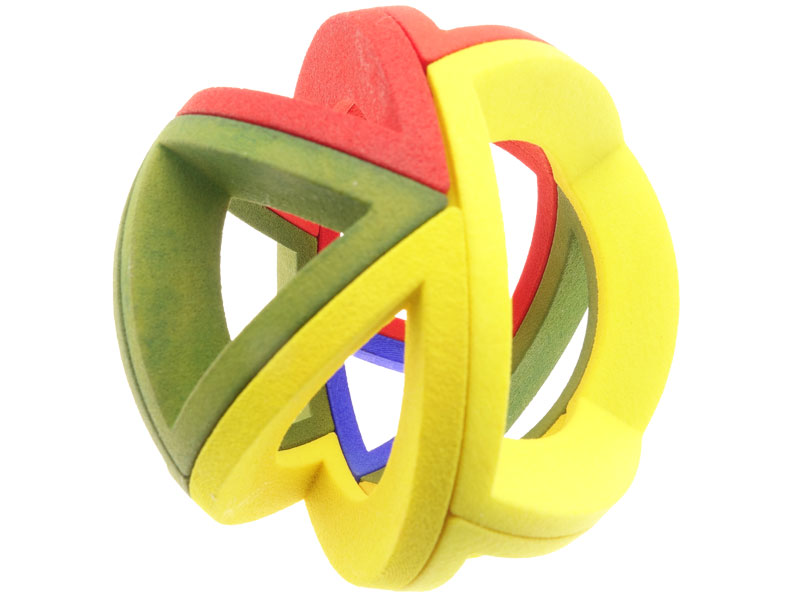 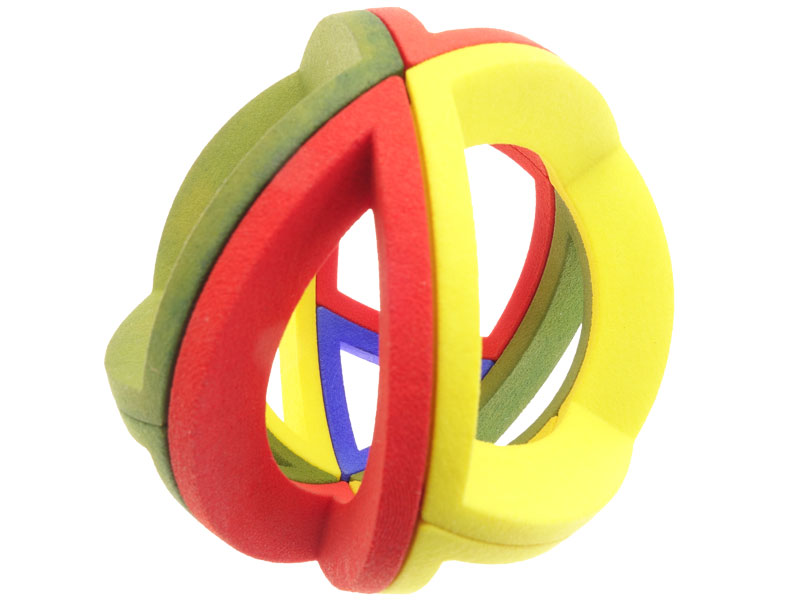 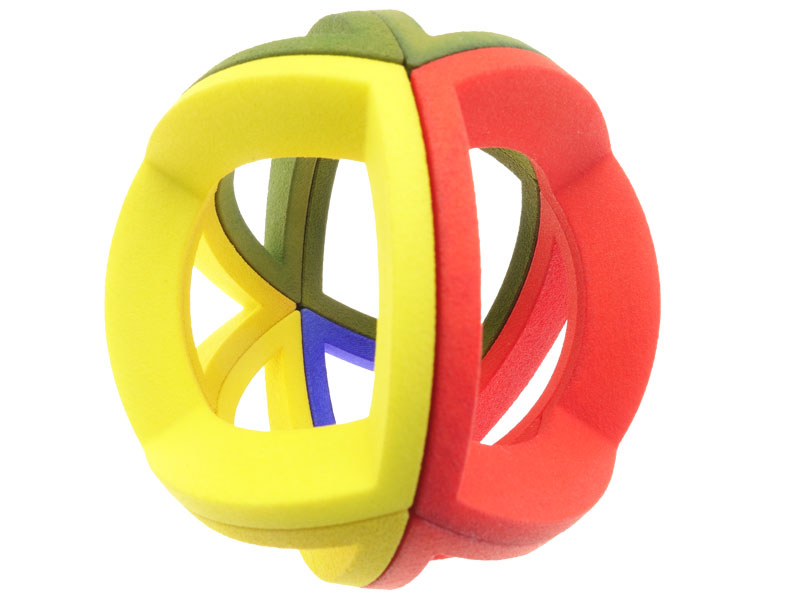 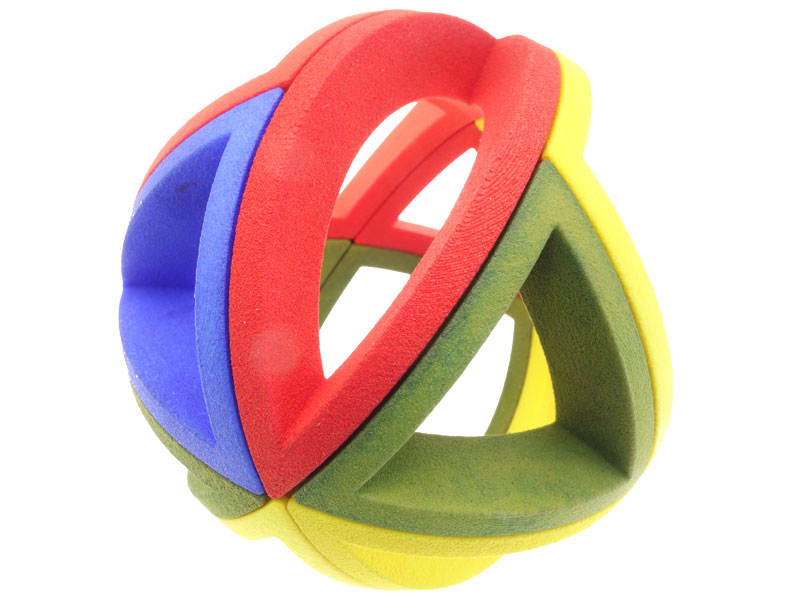 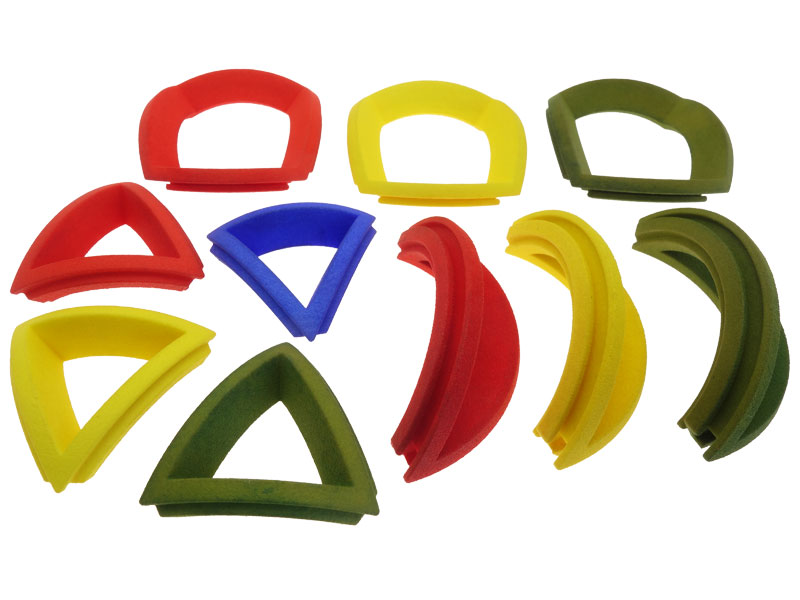