From Kickstarter to 3D Printing Business

From Kickstarter to 3D Printing Business

One of the main advantages of 3D printing is the benefits that it offers for mass customization.

Thanks to 3D printing technologies, the possibility of personalizing objects to make them unique has become much easier and that’s exactly what the Space Time Coordinates project is about. 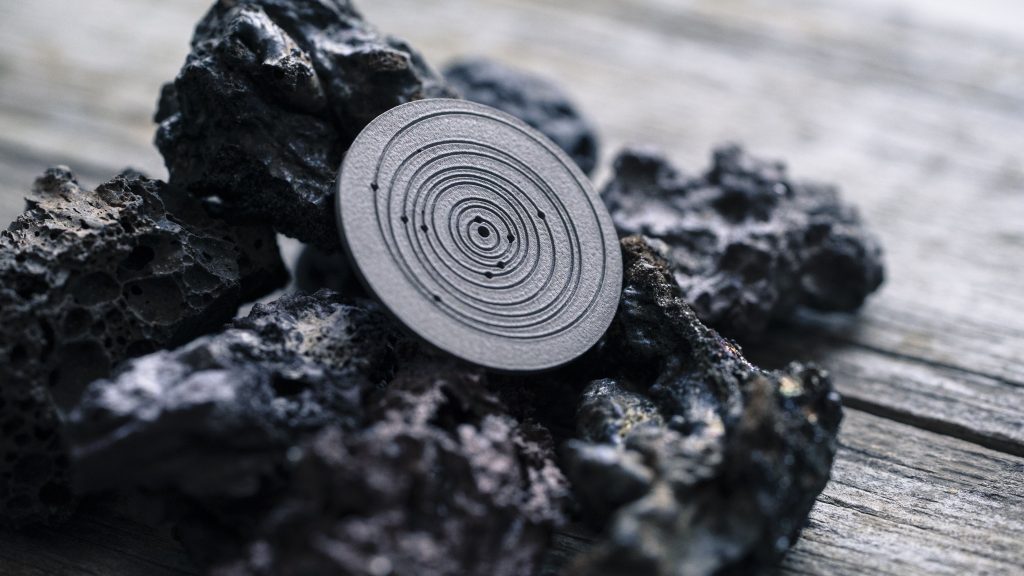 On the i.materialise blog, we sometimes share the stories behind Kickstarter projects to showcase the countless creative possibilities of 3D printing. Space Time Coordinates is one of these projects we featured in the past.

This Kickstarter campaign was a great success and is an up and running company nowadays.

As you can see, there is life beyond a Kickstarter campaign and this is what it looks like!

A solar system at your fingertips

What is Space Time Coordinates about?

Let us refresh your memory.

Based on the date of your choice, a software program creates a custom 3D model with the exact position of all the planets circulating the sun at that point in time. The orbital paths are illustrated by concentric etched lines and their sizes and distances are schematized.

The Sun and the eight planets of our solar system are represented by small holes on a metal coin. The 3D-printed mementos can be used as a necklace, a keyring or a push-in badge.

Apart from their beloved 3D-printed metal badges, Space Time Coordinates now also offer other customized objects like t-shirts and posters with the positions of the planets at a certain point in time.

The Sun and the eight planets of our solar system are represented by small holes on a metal coin. The 3D-printed mementos can be used as a necklace, a keyring or a push-in badge.

The minds behind the Space Time Coordinates project

Angélique Adrianna Govy, known as Govy, is an extremely curious French artist diagnosed on the Autism Spectrum. She has dabbled in a variety of artistic mediums: photography, drawing, video, interactive art, installation and sculpture.

In 2014, her obsession with space and time led her to work on the first prototypes of the Space Time Coordinates project. 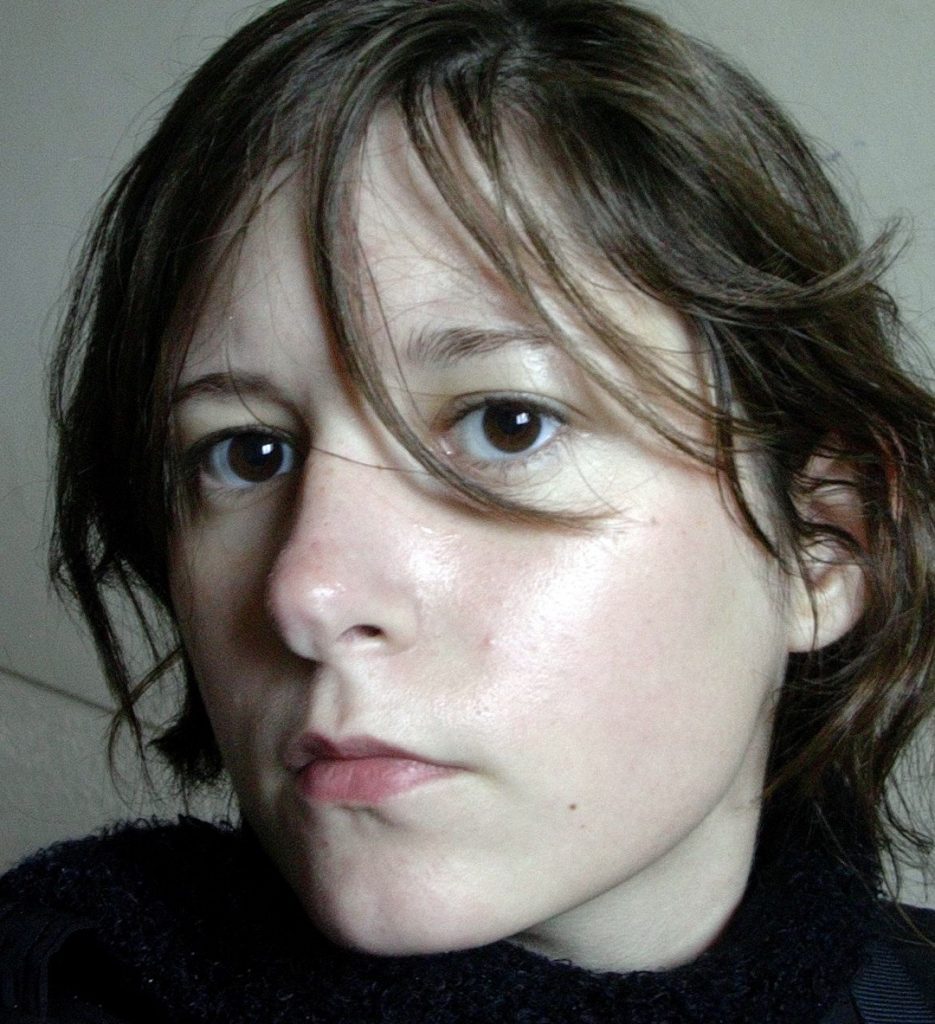 After experiencing the popularity of her project through a Kickstarter campaign, she joined forces with Martin Vézina: a Canadian developer who is passionate about history, space and science. He had already created an interactive simulator for the Solar system and was the perfect match to help Govy automate the whole process and make it faster. It was a perfect fit!

Martin Vézina. The other half of the Space Time Coordinates project

Can you 3D print time?

Govy got the inspiration for this 3D printing project when her friend Scott Thrift asked her to work on a new face for his clock The Present. This clock takes one year to make a full cycle, which inspired Govy to illustrate the path of the earth around the sun.

“I started gathering inspiration from old astronomy books on the representation of our solar system and the orbital paths of our planets. And I just went down that rabbit hole”, explains Govy.

She became more and more interested in the concept of representing time within space and showing the human achievements within the context of our solar system because illustrating important historical events had a meditative aspect that really drew her in. 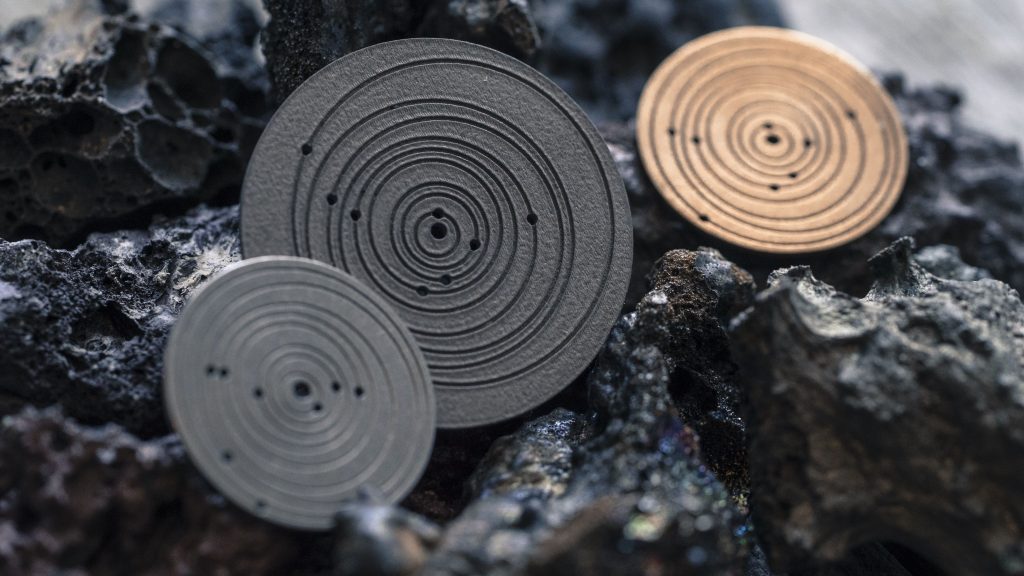 “I think that viewing important dates in our human history helps bring things in perspective, as well as grasping the ephemeral aspect of our lives. While being aware that we are all part of a common story, no matter how small it is in the context of the universe, and we should celebrate each advancement in humanity, each personal milestone”, specifies the French artist.

The 3D printing process of getting the universe in your pocket

The 3D design of the mementos involves some automation, and the creators used the 3D software programs Rhino and Javascript to automate this part of the 3D printing process.

The Space Time Coordinate mementos can be 3D printed in a variety of metals like brass, bronze, aluminum, silver, titanium and even gold, but Govy points out high-detail stainless steel for 3D printing: “It’s so detailed and it has a beautiful marble effect, which reminds me of a meteorite.” 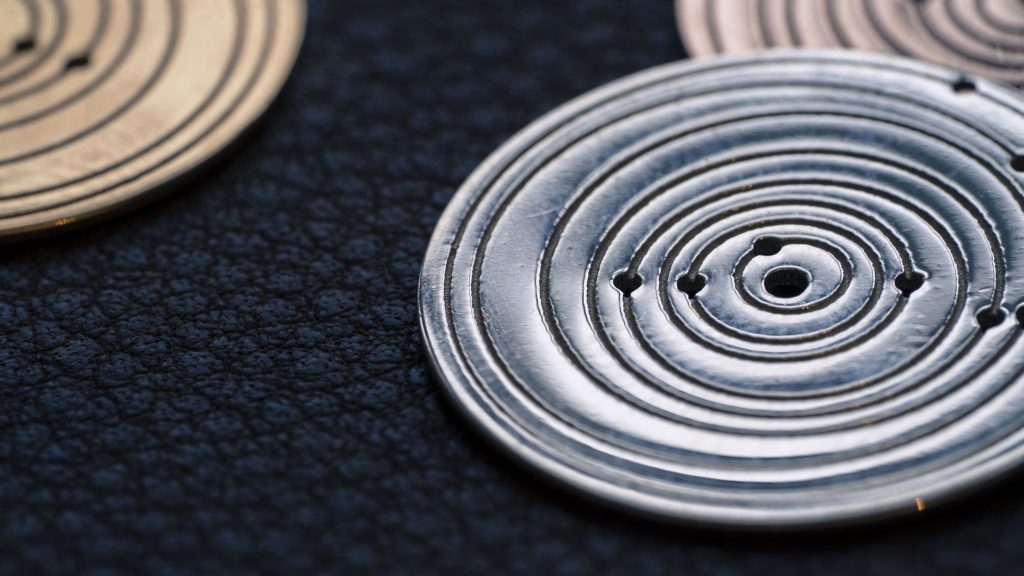 The French artist also wants to highlight how 3D printing was crucial for this project. Each piece is unique because it represents a special date in someone’s life: a birth, a wedding, etc., and 3D printing allows the customer to print a piece that’s one of a kind.

“Without 3D printing, I might have given up on the project altogether! I’m thankful for the inventive spirit of the human race”, says Govy. 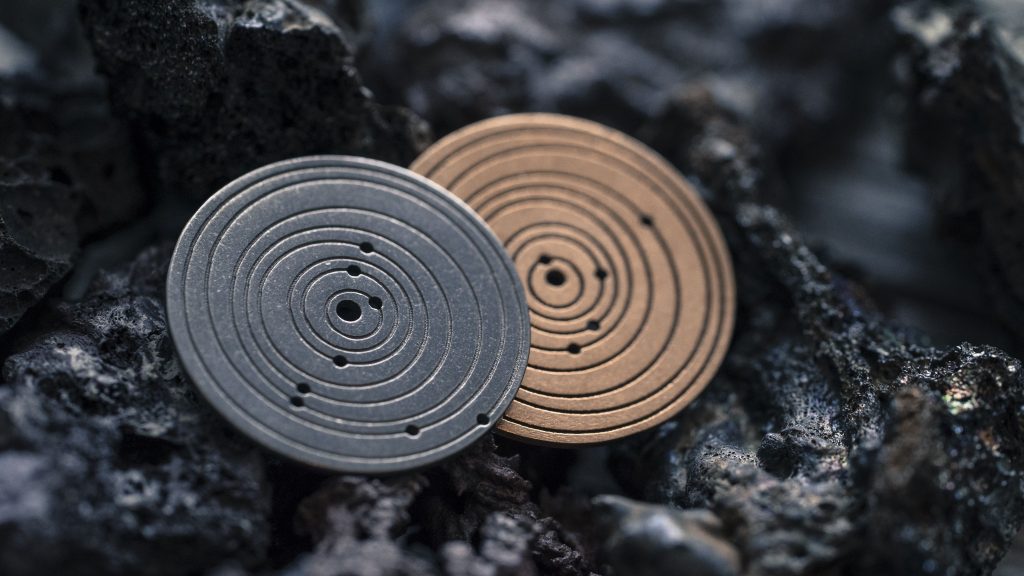 Without 3D printing, I might have given up on the project altogether! I’m thankful for the inventive spirit of the human race

Since Govy and Martin created a company for the STC products, she has come back to inventing new ideas for the project. Apart from 3D printing for future exhibitions, she is exploring new fields such as VR and learning how to use the 3D design software Blender.Discover all the projects which Govy is working on, read more about Martin’s orrery or just go straight to the Space Time Coordinates shop to buy one of their unique creations. Which special date would you like to carry around with you?

If you’re thinking about launching your own 3D printing Kickstarter project, get inspired by these stories and upload your 3D files to our online platform to get a price and an estimated lead time for your 3D prints.

Do you have an ongoing 3D printing project? Let us know on social media with the hashtag #imaterialise.