3D Printing Trend For 2022: The Increasing Relevance Of Smart Data In 3D Printing

3D Printing Trend For 2022: The Increasing Relevance Of Smart Data In 3D Printing

Such a unified, increasingly digital production environment enables greater efficiency, repeatability, scale, and control, but it requires a common resource — a common language, and that is data. Moving forward, we believe the role of data in additive manufacturing (AM) will become increasingly important in many ways.

In their latest round table, some of the finest minds from our parent company, Materialise, got together to discuss the relevance and ownership of smart data in AM and its impact on the need for human expertise.

The increasing relevance of smart data will play a crucial role in additive manufacturing in 2022.

How relevant is data in AM?

Our ability to make manufacturing “smart,” depends on our ability to collect data. But while access to data is crucial, it is certainly not enough. Manufacturing becomes smart when we are able to analyze the data to create “actionable insights.” This allows us to improve the process, scale up production and, ultimately, make better products.

Or as a customer recently stated: “We believe in a world where the next part that we print is always a better version of the previous part.” This will require a software platform that is capable of connecting to all of the systems and datasets found in the production environment and beyond.

“For medical AM applications, we need to distinguish between two types of data,” says Materialise Innovation Manager for Medical, Pieter Slagmolen. “On one hand, smarter data allows medical companies to upscale the production process of personalized and increasingly complex medical devices. On the other hand, there is also ‘patient data’. Incorporating this personalized data into the planning and production process allows us to improve patient treatment, but it also introduces additional concerns about privacy and data security.”

According to Kristel Van den Bergh, Director of Innovation for Materialise Mindware, these concerns also apply in an industrial production context. “3D printing gives us the freedom to manufacture wherever and whenever we want. But in an increasingly distributed and cloud-based manufacturing environment, people are also concerned about the protection of proprietary data, such as prototypes or new designs.”

Who owns the data in AM?

Most manufacturers will not only claim ownership of designs and processes, but also express the desire to control them. They may decide to share some of these insights in order to empower other users, but manufacturers should retain ownership and control. This will enable them to create smarter production processes that allow them to leap ahead of the competition.
– Peter Leys, Executive Chairman at Materialise

For medical AM applications, the process data clearly belongs to the hospitals and medical device manufacturers. As they create AM workflows, they need access to and control of the data for quality assurance. Ownership of patient data, on the other hand, remains a heavily debated topic. But delivering the most optimal care to patients will require access to patient data, regardless of who owns it. 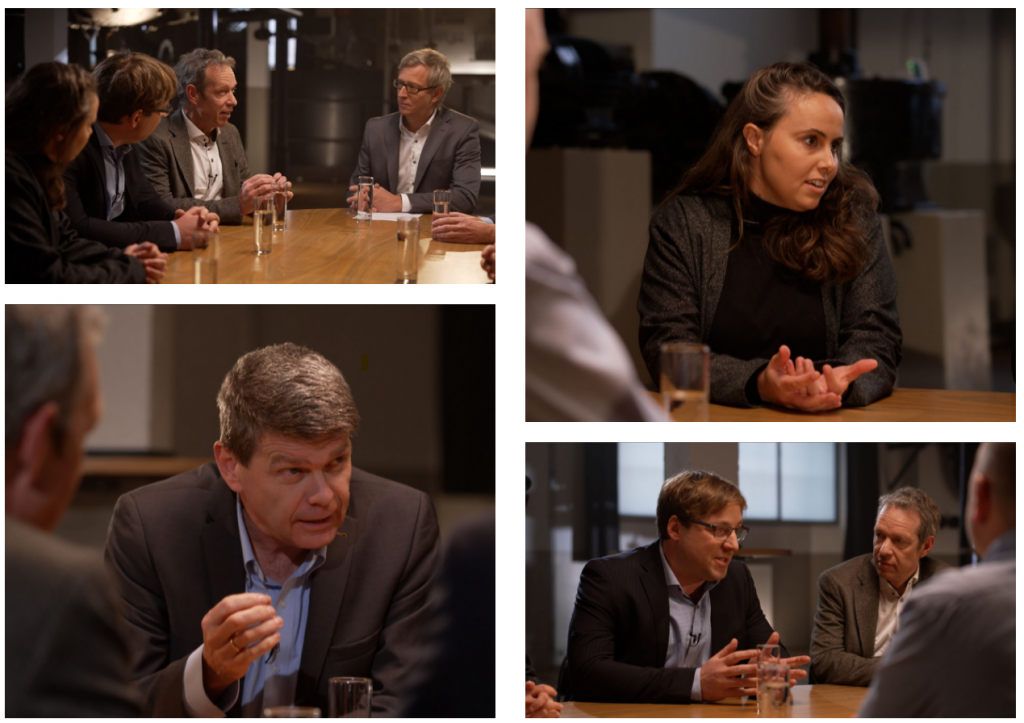 We bring together some of the finest minds at Materialise to discuss the relevance and ownership of smart data in AM and its impact on the need for human expertise.

Will human expertise still be important in AM?

“The role and relevance of human intervention depends on the operational context,” says Kristel Van den Bergh. “In the predictable context of standard operations, where lots of data is available, machines can play a dominant role and the human role can be reduced to supervision. However, when there is a lot of uncertainty or ambiguity, which is typically the case in the context of innovation, more human skills are required, like creativity, imagination, and intuition. These are two extreme ends of the spectrum and in most cases, automation and human intervention will go hand in hand.

“True, but even when an abundant amount of data is available, as is the case with AM, data alone is not sufficient to automate production flows,” adds Bart Van der Schueren. “Because even in such a data-rich context, the domain-specific knowledge of human experts is required to optimize the process before it makes sense to automate it. In other words, if you use a lot of data to automate and scale up a bad production process, you still end up with a bad process.”

Peter Leys sees additional opportunities: “Smart manufacturing, based on data, also creates an opportunity for smart people to make a difference.” He explains: “A smart medical surgeon will use his or her experience, personal insights, and interpretation to add an additional layer of intelligence to improve patient treatment. Similarly, in an AM context, adding an additional, personal layer of intelligence to the process allows a company to make a difference and create a competitive advantage.”

“Breakthrough innovation depends on the ability to create a link between things that seem unrelatable,” says Van den Bergh. “And while computers might process connections faster than humans, the human brain is able to create associations that wouldn’t naturally appear in a given dataset. That’s what distinguishes us from computers.”

“So, to answer the main question: will more smart data replace or reduce human expertise? The answer is no!”

Companies need to invest in human expertise as well as in machine intelligence. But they will still fail if they don’t invest in the third ingredient: a process to make those two successfully work together.
– Kristel Van den Bergh, Director of Innovation for Materialise Mindware

It’s clear that smart data will play an increasingly crucial role in 3D printing. As part of that, we need to think about the ownership of data, but also ask ourselves: who controls the data? In the end, the success of 3D printing depends on having the right hardware and software, but also on our ability to capture, use and apply data to create actionable insights.

And then there’s the human aspect. As data leads to smarter and more automated manufacturing, this reduces the need for operational human intervention. This frees up time for skilled engineers to do what they do best: defining and finetuning unique production processes. One of the challenges that lie ahead is to establish a workable process of how these two — machine intelligence and human expertise — can successfully work together and enhance each other at every stage of the 3D printing journey.

How will you approach 3D printing in 2022? Upload your model to i.materialise to get started today.